In 2010 the South Australian Government issued a tender to find an organisation to provide an electronic medical record system. It was an ambitious project by SA Health to introduce what is called an Enterprise Patient Administration System (EPAS) - taking an industry that had been built on paper-based records to one that utilises the advances that technology can bring.
However, while major projects such as this are a quantum leap for the health system, they are complicated. There are many moving parts and many, many stakeholders who need to be involved in all stages of the transformation. And of course there are long periods of time when both systems are operating.

The benefits, however, are enormous. Improved patient care and safety and reduced operating costs among them. On a day-to-day operational basis it also means:
1. Increased safety through safer drug prescribing, reduced errors and adverse events in        patient care and improved legibility of patient notes and prescriptions.
2. Improved continuity of care through integrated records and SA Ambulance can     view patient records prior to arrival at the hospital.
3. Time gains through quicker and easier to access a patient's record, improved     timeliness of letters to GPs and specialists and reduced missed patient appointments.

In South Australia, to date, EPAS has been rolled out across three hospitals (Noarlunga Hospital (Private and Public), Port Augusta Hospital and the Repatriation General Hospital) and four GP clinics. The system provides a consistent and complete electronic health record for every patient across SA Health sites, replacing a number of complex network incompatibility which were becoming increasing difficult to maintain.

Providing the backbone of the EPAS technology is Allscripts, a global leader in healthcare information technology solutions. The Allscripts technology will also be part of the Queen Elizabeth Hospital upgrade in 2016 as well as built into the state-of-the-art new Royal Adelaide Hospital (new RAH) which opens later in the year - and is being acclaimed as one of the most technology-driven hospitals in the world.

The benefits are already being seen for the hospitals and health services using EPAS. Medication prescription and administration error rates have been substantially reduced at hospitals and health services using EPAS, compared to when these sites were using a paper record. Patients are receiving greater continuity of care because patient information across EPAS activated sites has enabled timely access to patient information that would have previously been held at an individual site in a paper record.

Allscripts is one of the global leaders in EMR technology. It has been voted as the #1 EMR by BlackBook for use in hospitals above 250 beds in the United States for the third year in succession. The result is based on answers from 23,000 qualified users in Electronic Health Record (EHR) systems which ranked 559 vendors.

Allscripts provides an open, integrated portfolio of healthcare IT and solutions for hospitals, clinics and extended care organisations. It has an IT footprint in more than 2,500 hospitals around the world to more than 180,000 physicians. It prides itself on connecting people, places and information across all care settings through an open connected community of health.

In South Australia, the EPAS transformation is the largest IT-enabled project that the state has undertaken, according to SA Health Executive Director of eHealth and CIO Bill Le Blanc: “It’s basically leaping the industry forward by about 40 years; health is where manufacturing used to be back in the 1960s. It’s one of the last industries that has held out in terms of its usage of technology,” he says.

For Allscripts, which has rolled out EPAS systems globally, working with SA Health gives it a major footprint in Australia - which it is looking to grow. Allscripts Managing Director of Asia Pacific, David Chambers, said "I am really excited about what our technology is able to bring to hospitals and clinics - and in turn for the general public who utilise their services.

"Errors will occur when thousands of patients are being shunted around between doctors every day without a standardised system to efficiently transmit their personal information."

In one case in another state, Chambers said he had heard that a patient bled to death after being discharged from hospital because the person was on a blood thinning drug and did not realise he had to get his GP to check his dose in the following days. He did turn up to his GP, but his GP had no idea he was on anticoagulant drugs because there was no communication, and his blood thinned too much. The patient died. "That can easily happen."

In another real life example, Chambers explained that an elderly man went to a GP clinic with prostate issues. No latex allergy had been noted in his primary care record, nor would this likely be noted, since primary care records typically only reference drug-related allergies. The GP’s ability to view the longitudinal care record of this patient (including treatment from acute care facilities) within his normal workflow enabled him to note that an allergy to latex had been noted in an acute care environment in the past. If this had not been found, the results of a routine examination for prostate issues using standard latex gloves would have had at the very least uncomfortable consequences if not a more severe reaction.

While most GPs keep safe electronic records of their patients' history and receive secure email messages from pathology and diagnostic imaging providers, there is a major breakdown between GP clinics and hospitals which simply don't have the ability to share data and documents.

Chambers joined Allscripts in October 2013 having been involved in healthcare for more than two decades including Agfa Healthcare, Bayer Diagnostics and most recently Carestream Health. He is supported in Australia by a dedicated team of experienced business and clinical resources who are focused on enabling healthcare transformation by creating an Open, Connected Community of Health.

"We know our technology can help improve patient care and we know that with the hospitals that have already switched to the EPAS system have noticed considerable improvements.

“These projects are complicated and there are a lot of moving parts. But working closely with SA Health, we’re making significant progress toward safer, more efficient patient care. With projects that span several years - as this one does - there are regular updates and improvement s in what we can offer."

The e-health system launched on August 25, 2013 at Noarlunga Health Service, a public/private hospital situated in the southern suburbs of Adelaide. On day one more than 2,000 electronic medical orders were placed. The system has been configured for about 30,000 users, and around 1,200 people who have been trained to use the system at the Noarlunga hospital. Currently, over 5,500 users are registered in EPAS.

SA Health customised the Allscripts Sunrise Enterprise suite to create the EPAS. It can be used for both clinical and administrative hospital functions, assisting in 80 per cent of healthcare workers’ activities. EPAS is accessed via desktop computers, bedside monitors, a clinical portal and mobile devices such as tablets. There are three EPAS modules - Clinical Manager, Records Manager and Patient Flow.

The new system places South Australian public hospitals and healthcare sites at the forefront of advancements in e-health. Professor Paddy Phillips, Chief Medical Officer and Chief Public Health Officer, SA Health, explains that “there will be continuous information available for clinicians about their patients at any site across SA Health … It is a system that will always be evolving. So it’s not locked in concrete, just as clinical care is not locked in concrete. It will improve and change as practice improves and changes.”

The complete transformation across the state of the hospital system will eventually take seven years.

Technology is not confined to just the medical staff. Patients can use the computers for watching television and movies, listening to the radio, surfing the Internet and making external phone calls. The equipment for a bedside computer consists of a 17-inch touchscreen, keyboard and telephone, headphones and it is mounted to a wall or from the ceiling. The equipment is regularly bleached and cleaned for infection control.
Bedside computers can switch from being an entertainment package for patients to a clinical work station for healthcare workers. Staff insert their cards when they need to access clinical information.

Chambers said integrating systems is one of the biggest challenges in getting an e-health project of this size and scale up and running. Allscripts has completed similar system transformations across the globe. As Asia Pacific MD Chambers also oversees the Allscripts EMR projects in Singapore.

Allscripts today delivers EMR solutions to a number of public and private hospitals in Singapore including a 1,600 bed general hospital and an 800 bed women’s and children’s hospital. Clinicians in hospitals in Singapore using Allscripts EMR are able to electronically order a number of services. They can also view results electronically from radiology, cardiology, pathology and other healthcare services. In addition, physician documentation using structured templates and the use of clinical decision support tools are available. Management of medications are simplified and controlled at many of the hospitals and healthcare facilities in Singapore using Allscripts EMR which significantly reduces the number of steps in medication administration and decreases the rate of harm from adverse drug effects.

The benefits, explains Chambers, of digitising health records is not only in reducing the number of adverse events but before EPAS, multiple tests were ordered because it was not visible to healthcare workers that there was a test ordered in another hospital or they weren’t able to immediately access the results of a recent test. “The costs of some of these tests are huge so we are expecting tests costs to drop significantly,” he said.

Chambers also said that with any transformation one of the most difficult issues was - in this case - operating both a paper-based system and a digitised one. "Obviously we can't switch everything over at once. It is a gradual process but by working closely with the SA Health project teams and utilising Allscripts global experience, together we are implementing a successful project which is delivering on the expected clinical outcomes."

Bill Le Blanc added: "Where we are different in SA relative to our interstate counter parts, is that our EPAS system is providing a single patient administrative and medical record for all EPAS hospitals. In a health system with service delineation between hospitals, this provides an order of magnitude greater benefit than facility-based EMRs. However it’s also much harder to implement the associated business change because of the level of standardisation required across multiple hospitals."

Projects such as these are not completed in a single point of time because clinical practice changes as knowledge evolves. As a result a continuous stream of new changes are moved into the production EPAS system based in evidence based medicine reviewed and overseen by clinical governance across SA Health.
Chambers said that he was looking forward to the opening of the new Royal Adelaide Hospital (new RAH) in 2016. "It really will be one of the most advanced hospitals in the world from a technology perspective.”

The new RAH will be SA Health's major teaching hospital with some of the state’s most senior clinicians overseeing clinical practice, actively involved in clinical research and training and mentoring the next generation of clinicians. The configuration to support the new RAH will become the footprint for the other large sites ensuring consistence of standard of care across the state. Today, no other Australian state using an Electronic Health Record has the adoption depth of electronic clinical records as South Australia.

Allscripts is excited to be part of the EPAS project in SA explained Chambers. “We have established a committed relationship with SA Health and a partnership built on professional trust, consideration and understanding.  We are honoured to be associated with what we have achieved to date but more so, on what the future brings for patient care in SA. We strongly feel we are enabling a better future healthcare environment and for this, we are extremely proud.” 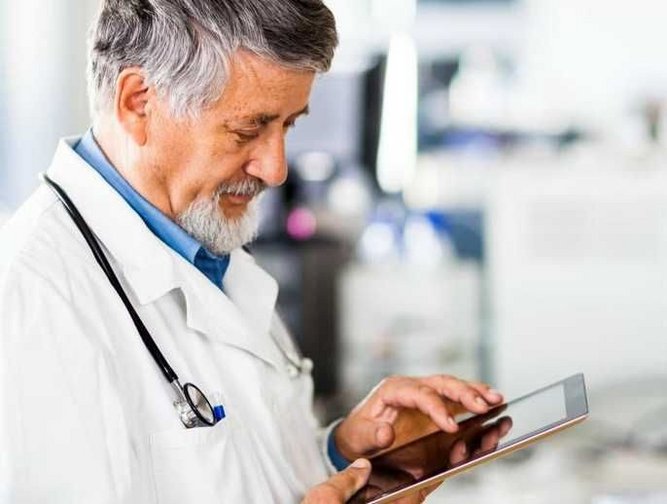 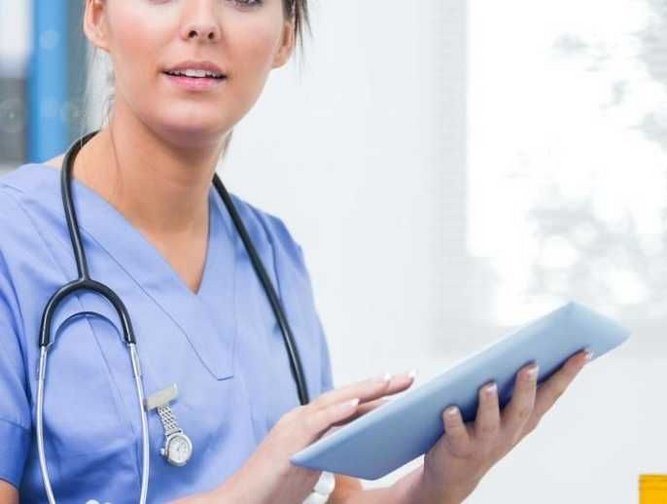 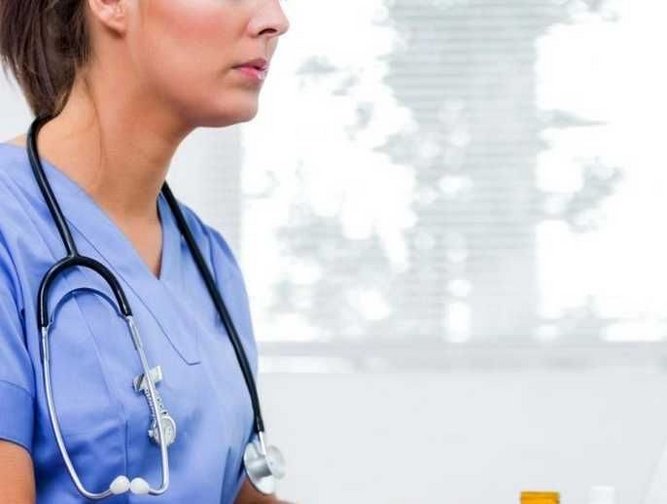 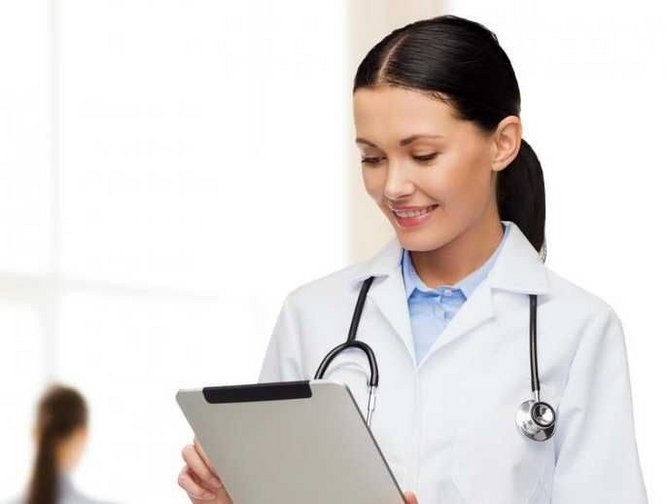 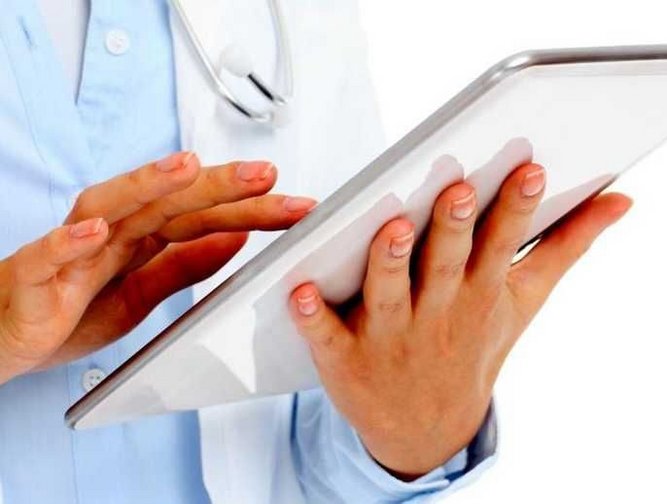