Government funded cancer research in the US is in decline 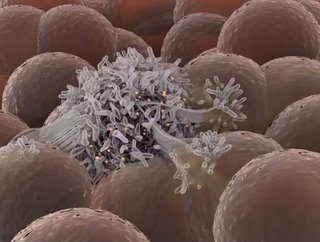 Increasingly smaller amounts of the research presented at a prestigious cancer conference is supported by America’s National Institutes of Health - a...

Increasingly smaller amounts of the research presented at a prestigious cancer conference is supported by America’s National Institutes of Health - a development which some see as a worrying trend.

The number of studies receiving full funding by the NIH at the yearly meeting of the American Society of Clinical Oncology (ASCO) has fallen 75 percent in the past ten years, from 575 papers in 2008 to 144 in 2017 according to the society.

American researchers are normally the dominant force at the meeting’s press conferences. This year, there are 14 studies led by international scientists versus 12 led by US teams. A strong shift from just five years ago, when 15 studies were led by Americans versus nine by international researchers.

US President Donald Trump has proposed cutting the NIH budget from $31.8 billion to $26 billion in 2018. Alongside $1 billion less to fight cancer, the cuts could also affected the country’s research credentials.

“Do we want the U.S. to remain at the center of biomedical innovation, or do we want to cede that to China or other countries?” said Dr. Stephan Grupp, director of the Cancer Immunotherapy Frontier Program at the Children’s Hospital of Philadelphia. “If you don’t push to stay in front, you don’t stay in front.”