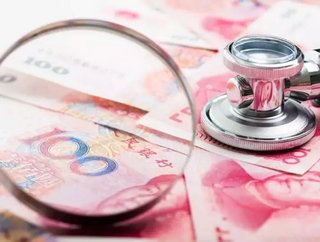 Established in 2013, healthcare start-up The CareVoice has recently raised $2 million in investment to further develop its services. The platform will...

Established in 2013, healthcare start-up The CareVoice has recently raised $2 million in investment to further develop its services.

The platform will support citizens in rating their healthcare experiences across the healthcare industry in China, providing valuable insights in where healthcare providers could improve current services and treatments.

The recommendation app will support local communities and workers covered by insurer’s who utilise CareVoice. The investment will also see the company further its expansion into Southeast Asia. The app is extensive, in order to reach all ages of the population.

The Chinese healthcare industry is ripe for innovation – increased ageing populations due to the one child policy implemented in 1979 has increased the demand for new technologies and the transformation of traditional healthcare practices and insurance companies.

“Key players such as AXA, Ping’An, and Chubb became customers of The CareVoice, and the onboarding rate of newly-insured members has increased 10 times, reaching more than 50%,” noted Geoffrey Handley, General Partner at Haitao Capital.

By 2020, McKinsey & Co have predicted that the Chinese healthcare market will reach $1 trillion, where younger generations will increasingly look at solutions to help alleviate the strain.

The boom in private hospitals adopting international standards of patient care has also led the industry to up its game to provide healthcare that is not only exceptional, but works for the consumer and not the other way around.

“Healthcare has been the single area that probably everyone can foresee globally an enormous amount of capital and investment,” reflected Peter Fuhrman, Chairman of China First Capital told the Asia Private Equity Forum in Hong Kong.

The number of new hospitals, particularly in the private sector has risen significantly, leading to increased demand for medical professionals to enter the field, and cater towards specialties reflecting growing healthcare issues in China. One such example is pollution, which has led to a steady risen the number of lung cancer cases across the country. It is therefore imperative that new technologies within the medical field are bought to the forefront to support this market.