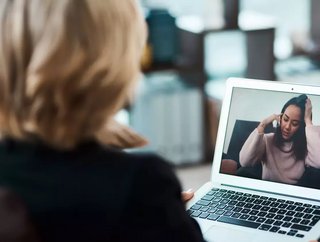 We take a look at the rise of Doktor.se, Sweden’s most popular provider of digital healthcare

1. Doktor.se launches as a digital healthcare platform in Sweden in 2016. The company's focus is on the B2B market, with a mission to help members find, book and get access to healthcare services through telehealth and telephone calls.

2. The company offers healthcare services through its app as well as at bricks and mortar clinics. After raising more than €40 million in a funding round in May 2020 to expand its operations both nationally and overseas, CEO and founder Martin Lindman says there are plans to enter new markets at the beginning of 2021.

3. Belgium becomes the fifth  market where Doktor.se provides telemedicine, through Belgium's communications company Proximus Group. It becomes the second most downloaded doctor app in Europe, and over 1.2 million patient consultations are carried out, either through the app or at physical clinics in Sweden. Throughout 2020 it administers over 250,000 COVID-19 antibody tests in Sweden.

4. Doktor.se is the most popular digital healthcare in Sweden, used by approximately one-tenth of the country's population. New funds are raised to offer improved services for mental health and chronic illnesses, and to expand digital services and acquire physical services to integrate into its digital platforms with the aim of creating a hybrid model.

5. The company announces €29.5 million in funding from Chinese technology multinational Tencent Holdings. Doktor.se say the funds will be used to make its global healthcare services more efficient, accessible and affordable.

The platform now employs nurses, doctors and specialist doctors, psychologists, and physiotherapists, and is available across Europe and in Brazil.

6. Over 1.5 million people are currently using healthcare apps developed by Doktor.se, either run by the company or through its SaaS licensing business. There are around 900 people employed by the company, and Doktor.se say that the productivity of medical staff using the platform is up to four times greater than those working in traditional services.