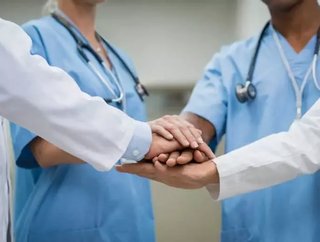 As part of its 70th anniversary, The National Health Service in the United Kingdom is set to receive a £20bn boost, according to British Prime Minister...

As part of its 70th anniversary, The National Health Service in the United Kingdom is set to receive a £20bn boost, according to British Prime Minister, Theresa May.

However, the news has been met with scepticism.

May has stated that such an increase will be partly met through a “Brexit dividend,” but also through a tax hike, which has been met with fury by many.

The news has also been met with shock from the Labour Party, but is something which Shadow Health Secretary, Jonathan Ashworth, has said the party could match or increase further.

"We're going to ensure there's a 10-year plan for the NHS," May stated in an interview with The BBC.

"There will be a plan for world-class health care - more doctors, more nurses. It means extra money - significantly more money going into the NHS."

Simon Stevens, Chief Executive of NHS England said: “This multi-year settlement provides the funding we need to shape a long-term plan for key improvements in cancer, mental health and other critical services.

“The invitation to the NHS to develop consensus proposals for legislation will help accelerate the move to more integrated care and ensure taxpayers’ money is spent to maximum benefit.”

However, with an ever-increasing shortage of medical staff and increased number of patients on waiting lists, the funding is only set to come into fruition in 2023, and will be for five years only.

Whilst the UK allocates a lower percentage of its GDP towards its public health spend, a study by The Institute for Fiscal Studies and the Health Foundation has found that this level of funding will be required for over 10 years, so will not be an effective financial remedy to support the growing needs of the healthcare system.