The World Health Organisation aims to transform healthcare in Kenya 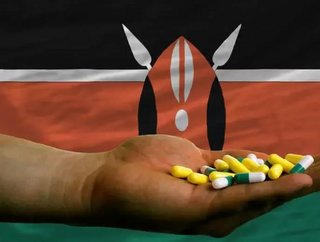 The World Health Organisation (WHO) has recently revealed its desire for Kenya to a adopt affordable, Universal Health Coverage (UHC) model for all of i...

The World Health Organisation (WHO) has recently revealed its desire for Kenya to a adopt affordable, Universal Health Coverage (UHC) model for all of its citizens within the next five years.

Collaborating with the Government of Kenya, the importance of affordable healthcare has become a main driver for the country, and one in which Kenyan President Uhuru Kenyatta has stated to be one of the main areas of focus out of the four pillars he has issued surrounding future growth for the country.

The other three pillars encompass affordable housing, food security and increased employment opportunities for its citizens, particularly within manufacturing as part of Kenya’s 2030 Vision.

“Universal Health Coverage is a priority to the World Health Organisation and so I am happy that the President of Kenya has listed it among the four pillars in his second term I therefore want to assure him that WHO is fully in support of that agenda,” observed WHO General Director Tedros Adhanon.

Arriving in Kenya to ascertain the steps in which Kenya needs to take to address its developing healthcare model, Adhanon will work to further its partnership with the country and strengthen its position within the healthcare sphere, creating a UHC model which works for all.

“We have a relatively young population in Kenya and I see no reason why we cannot achieve our health target,” observed President Uhuru Kenyatta. “But it is not just about access, neither is it about infrastructure or management of the health systems.”

The move to adopt a UHC model would support the country in the midst of growing healthcare issues. The rise of diseases, such as influenza and respiratory conditions have impacted all areas of growth across Kenya. Consequently, the country is looking at ways in which to transform its current healthcare model through increased investment across a number of areas.