Autumn Statement: The NHS is Failing, and the Government Has Finally Taken Note 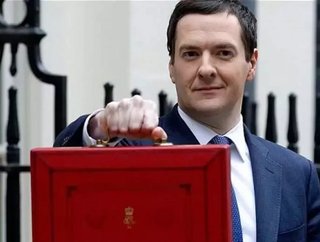 This years Autumn Statement outlined ambitious plans to abolish the deficit, introduced a new tax on multinationals and also saw an overhaul of stamp du...

This year’s Autumn Statement outlined ambitious plans to abolish the deficit, introduced a new tax on multinationals and also saw an overhaul of stamp duty. But one note was unforeseen and while generous, worrisome, as well.

It is no news that the NHS has been facing capacity challenges in the face of an aging population – just one week ago, the NHS reported a record 108,301 patients had been admitted for emergency treatment in just seven days.

Six months into the financial year, more than three-quarters of all acute hospitals have a net deficit of £714m, according to The Guardian. Hospitals are also failing to achieve the four-hour target in A&E departments and there has been a steady decline in overall patient care.

An extra £2bn has been made available to the health service in 2015 with an additional £2bn being made available per year for the next five years. The funds will come from a £10bn reduction in spending plans.

"It's because our economy is growing, and we've kept a tight control on the finances, that we can do more for the NHS,” said Osborne in his speech. “I can confirm that we will invest an extra £2bn next year in our front line NHS, across the UK. This will support the day-to-day work of our incredible nurses, doctors and other NHS staff. But it is also a down-payment on the future of our health service."

Simon Stevens, the NHS’ new head, recently published the Five Year Forward View, seeking to refocus the NHS on the key job of improving productivity and modernizing care. While the plan has been widely accepted throughout the NHS, it will take time, preparation and more funding – roughly £8bn more.

Chief economist at the independent health care charity The Health Foundation, Anita Charlesworth, commented on Osborne’s statement, saying, “Halfway through this financial year, the net deficit across England's hospital sector is more than £700 million and 80 percent of acute hospitals are running at a loss. Pressures on our hospitals are not just financial – they are struggling to meet key targets for A&E, cancer and surgery. This is the stark backdrop to George Osborne's announcement of extra cash for the NHS.”

“Despite this additional funding, the NHS is far from out of the woods,” she added. “The current government plans spending cuts of more than £30bn by 2018 to meet its targets to eliminate the deficit. In May 2015, the incoming government will need to reconcile this with the NHS funding requirement of at least £8bn at the end of the decade.”

While Osborne’s announcement of this short-term cash injection into the NHS will fend off a pre-election crisis, whoever wins the general election come May 2015 will have to face the issue of finding the money the NHS truly needs and re-evaluating a deficit reduction plan.

But, for now, let’s celebrate this small victory for the NHS and hope this awareness will bring a brighter future for the state of health care in the UK.