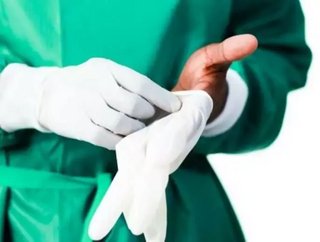 Testing for the human papillomavirus (HPV) followed by a smear test if women are found to be HPV positive provides the most effective approach for cerv...

Testing for the human papillomavirus (HPV) followed by a smear test if women are found to be HPV positive provides the most effective approach for cervical screening, new research has revealed.

The study, results of which have been published in the British Journal of Cancer, gave approximately 26,000 women both smear and HPV tests to determine how best to use HPV testing for cervical screening.

Previous studies have shown that HPV testing could be more effective at picking up women with severe cervical cell changes, but there have been some outstanding questions about how an HPV based programme should be implemented.

For example, it has been unclear how best to manage women with positive results from an HPV test.

Having carried out these tests, researchers looked at how likely women with different combinations of test results were to have severe cervical cell changes – known as CIN3.

They concluded that using HPV testing as the first line screening test, as well as smear testing for women who received a positive HPV result, could improve the performance of an HPV test for cervical screening.

Using this combination approach would mean that only women with the highest risks of having CIN3 were referred for further tests - reducing unnecessary examinations and picking up more serious cervical cell changes.

Commenting on the findings, Dr Chris Meijer, a study author based at the VU University Medical Centre in Amsterdam, said: “From a health-economic perspective cervical screening with a primary, stand-alone HPV test seems to be preferable based on this study.

“But a smear test is still a very useful way to estimate a woman’s risk of severe cervical changes and can help maximise the benefits of HPV testing in a cervical screening programme.”

Meanwhile Sara Hiom, the director of information at Cancer Research UK, added: “This study provides a very useful insight into how HPV testing could work if it were used as a major part of cervical screening.

“The findings help answer some of the questions that would need to be considered should the UK refine its highly effective cervical screening programme.

“The process outlined in this study would need to be fully tested to see if it is as effective as the study results suggest, and to establish some of the practicalities of using this combination of tests in the UK screening setting,” she said.