Hospitals and medical practices brace for administrative change under Obamacare 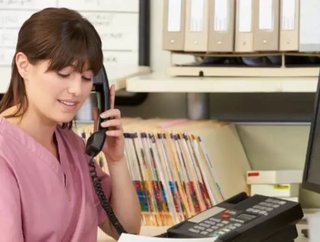 Written by Alyssa Clark As the new healthcare law took effect Wednesday, practitioners and medical offices across the US braced themselves for the con...

As the new healthcare law took effect Wednesday, practitioners and medical offices across the US braced themselves for the confusion and administrative struggles that inevitably accompany huge healthcare changes. With the number of people enrolling in private plans totaling 2 million during the initial sign up stage alone, the health benefits and administrative hassles are just beginning. Enrollment started last October and will continue into March of the New Year, however most Americans already enrolled by last week in order to receive coverage for the new year. That being said, it’s no wonder why hospitals and medical offices are being hit with patient confusion and new administrative challenges all at once.

After the huge let down that was the Obamacare website, public health officials and private practices were equally weary about how this transition would affect business productivity as a whole. A spokeswoman for the Centers for Medicaid and Medicare Services reported no problems or let downs during the first day of operations. Since Obamacare was the largest piece of sweeping legislation in the past 50 years, it was inevitable that this period would not only be transitional and slow, but difficult to overcome for some of the less steady medical offices.

"We are ready ourselves to assist consumers as well with our full complement of call center representatives available," said Julie Bataille, spokeswoman for the CMS.

At the start, confirming a patient's plan may present headaches for care providers. The Obama administration has acknowledged that errors occurred in transmitting enrollment data to insurers, especially early in the enrollment period. An official said it was "reaching out" to providers who have expressed concerns about implementation, and was also trying to help anticipate problems.

"It will be difficult for us to actually verify coverage - that's my concern," said Dr. William Wulf, chief executive of Central Ohio Primary Care, which has 250 primary-care physicians.

Shortcomings are inevitable no matter what healthcare system is in place, it is just a matter of how hospitals are responding to this adversity and how public healthcare will change for the better (hopefully) due to these somewhat radical changes.

"The challenges in our healthcare system were decades in the making and won't be solved overnight, but now more than 6 million Americans have been enrolled in marketplace or Medicaid coverage and are getting peace of mind," wrote White House health policy adviser Phil Schiliro in a blog post.

ACA supporters and customer service representatives are working around the clock to assist all medical practices, from hospital to private offices, in hopes of supporting Obamacare to be the greatest success possible. Major corporations like WalMart and Walgreens are getting behind the Obamacare push, and working with the established system to help ensure an easier transition for patients and providers alike.