More and more women are suiting-up in surgical careers 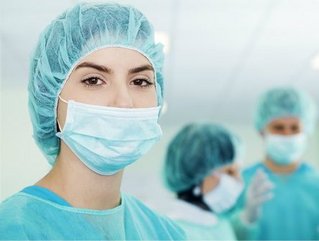 Soon, more women began to pursue careers as physicians, and they are now closing the gender gap among surgeons. Although the number of female surgeons has increased over the years, there may still be certain obstacles that are preventing them from achieving the highest levels of success in this still male-dominated field.

Here is a look at how women are faring in the field of surgery.

Surgery has long been regarded as the last bastion of exclusively-male medicine.

This has changed significantly in recent years as a growing percentage of women who graduate from medical schools are opting to enter the surgical field. Now, women account for over 35 percent of all general surgical trainees in the United States, and they are also proving that they have the potential to excel in the field.

According to Dr. Julie A. Freischlag, chair of Johns Hopkins Hospital's department of surgery, 11 out of 15 of the top candidates for Hopkins' general surgery training program in 2013 were women.

Dr. Freischlag was the first female chair of the surgical department at Johns Hopkins Hospital and the first woman to be elected president of the Society for Vascular Surgery.

She belongs to a small but growing group of women who are assuming leadership positions in the field of surgery. In 2005, women made up 16.3 percent of the members of surgical faculty in U.S. medical schools, up from 12.6 percent in 2000.

Many hospitals, especially those that are attached to medical schools, are realizing the importance of recruiting high-profile women surgeons. Such women can serve as an inspiration for other women who are contemplating to enter the surgical field.

Challenges Faced by Women in the Surgical Field

Although women are increasingly making their mark in the field of surgery, very few of them have managed to move into leadership positions.

Some women surgeons believe that gender discrimination still exists in the field. Certain surgical specialties, such as neurological surgery and orthopedic surgery, remain very male-dominated, with men accounting for about 95 percent of all practicing surgeons.

General surgeon Dr. Dana Fugelso said that her chief surgeon refused to restore her operating room time after she returned from maternity leave, which she believes was a form of subtle bias.

According to her, women surgeons generally lack the opportunity to advance to higher positions in the surgical field.

Other women said that they are expected to behave nicer than male surgeons. If they want an operation to be performed a certain way, they may find themselves being labeled as domineering and pushy. On the other hand, male surgeons who do the same thing are often credited with being committed to excellence.

As more and more women decide to become surgeons, there will come a time when surgery is no longer a male-dominated field.

John McMalcolm is a freelance writer who writes on a wide range of subjects, from women divorce to career selection.