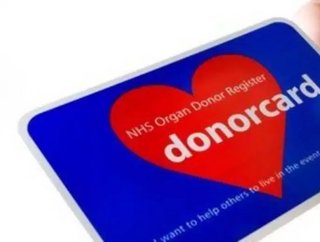 Viaspan, a liquid which is used to protect donor organs as they are being transported, has been recalled following contamination fears. The manufacture...

Viaspan, a liquid which is used to protect donor organs as they are being transported, has been recalled following contamination fears.

The manufacturer of Viaspan, Bristol Meyers-Squibb (BMS), issued a global recall of the liquid after the bacteria Bacillus cereus was found in solution used to test its sterility.

There are now concerns Viaspan itself could be contaminated and that patients who have recently received an organ transplant are at risk of developing infections.

Health authorities across the world are now trying to find an alternative liquid preservative to use, but doctors are being told to continue using Viaspan until that happens.

The problem was initially identified on March 19 at a manufacturing facility in Austria but there are worries the contamination could have been present since July 2011.

That is because July is when the last set of production line tests were conducted, potentially meaning any liquid produced since then could be contaminated.

Several countries have been affected by the recall, including the UK, Australia, New Zealand, Chile, Argentina, France, Italy and Germany.

Viaspan has also been recalled in many other European countries.

In a statement issued following the recall, BMS said: “We are urgently investigating the cause of this issue.

“BMS has notified all health authorities in countries where the product is distributed and will provide further updates as the investigation progresses.”

Despite the recall, health professionals are adamant that no health problems have arisen as a result of the possible contamination, which is why doctors are still using it in the wait for an alternative.

Dame Sally Davies, the Chief Medical Officer in the UK, said: "Our priority is to ensure patients are safe.

“There is currently no evidence of any problems in patients who have recently had transplants where viaspan has been used.

“If we were to recall the product immediately it is clear that patients would suffer and some may die.”

Viaspan is mainly used during the transportation of abdominal organs such as livers, kidneys and bowels.