WHO confirms diesel fumes can cause cancer 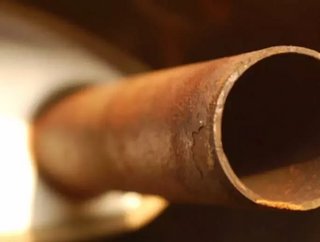 A panel of experts from the World Health Organisation (WHO) have confirmed that diesel fumes are carcinogenic and can cause cancer. The organisation is...

A panel of experts from the World Health Organisation (WHO) have confirmed that diesel fumes are carcinogenic and can cause cancer.

The organisation is claiming that the vapours emitted from diesel vehicles contribute to lung cancer, and also cancer in the bladder.

Diesel fumes are also said to be as dangerous as asbestos and mustard gas, and the International Agency for Research on Cancer (IARC) has reclassified them from being “probably carcinogenic to humans”, to having definite links to cancer.

The WHO and the IARC – a part of the World Health Organisation – came to the conclusion after analysing the health of people who were exposed to high levels of diesel fumes, for example, miners, railway workers and truck drivers.

In a statement released by the WHO, it said: “The (expert) working group found that diesel exhaust is a cause of lung cancer and also noted a positive association with an increased risk of bladder cancer.”

It continued: “Large populations are exposed to diesel exhaust in everyday life, whether through their occupation or through the ambient air.

“People are exposed not only to motor vehicle exhausts but also to exhausts from other diesel engines, including from other modes of transport (e.g. diesel trains and ships) and from power generators.

“Given the Working Group’s rigorous, independent assessment of the science, governments and other decision-makers have a valuable evidence-base on which to consider environmental standards for diesel exhaust emissions and to continue to work with the engine and fuel manufacturers towards those goals.”

“Given the additional health impacts from diesel particulates, exposure to this mixture of chemicals should be reduced worldwide.”

The findings from the WHO’s and the IARC’s research will now be published in The Lancet Oncology journal.