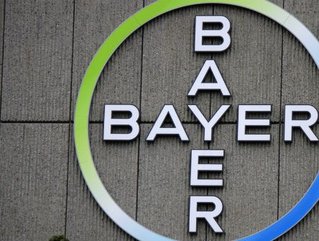 After rumors about a supposed acquisition deal between Bayer and Merck began circulating months ago, analysts predicted Bayer would become the 2nd...

After rumors about a supposed acquisition deal between Bayer and Merck began circulating months ago, analysts predicted Bayer would become the 2nd-biggest OTC drug maker by the end of 2014. Finally on Tuesday, Merck & Co. agreed to the proposed deal with Bayer, adding to the long list of healthcare deals which have happened in recent weeks.

Merck’s terms of the deal will cause the company to sell its consumer care business to Germany’s Bayer AG for $14.2 billion, landing Bayer the positioning of the 2nd largest OTC company in the world. Merck expects after-tax proceeds to be between $8 to $9 billion from the sale alone, which will close out in the second half of 2014.

"This acquisition marks a major milestone on our path towards global leadership in the attractive non-prescription medicines business," Bayer's chief executive Marijn Dekkers said in a statement.

This transaction marks the largest one of its kind in the German healthcare market, with the last acquisition of this size when Bayer bought its rival Schering in 2006. Falling just behind Johnson & Johnson, Bayer will be the number two in terms of total over-the-counter sales. As the notable inventor of Aspirin, Bayer has made it no secret that it has plans to overtake Johnson & Johnson for the number one position in the market though its Bepanthen skin care products and Canesten antifungal creams.

Followed next by Bayer and GlaxoSmithKline, Johnson & Johnson controls a total of four percent of today’s consumer health market, which is worth an estimated $200 billion at the retail level. Merck & Co holds one percent of the dominated marketplace, with nationwide brands including Coppertone sunscreen and the widely-used Claritin allergy medicine. This industry trend of pursuing acquisitions is catching fast, with Novartis and GSK also announcing their formation a joint venture in consumer healthcare; an agreement, made last month, that is worth nearly $20 billion worth of assets.