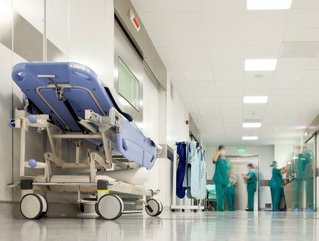 Just two years ago in 2012, Sir Robert McAlpine’s Holdings was soaring with the construction of London’s Olympic stadium. Recently, sub...

Just two years ago in 2012, Sir Robert McAlpine’s Holdings was soaring with the construction of London’s Olympic stadium. Recently, substantial losses in the company’s Bermuda hospital contract have taken the company on a sharp and steep downhill decline, as the company has deteriorated during this expensive project.

Director Ian McAlpine said: “The performance of the Caribbean construction business has been severely impacted by the difficulties encountered on the King Edward VII redevelopment.”

Since October of 2013, Sir Robert’s portfolio has shown a net loss of $37.7 million for the year, dropping from total profit earnings of $19.2 million in 2012. In addition to these devastating numbers, operating profits also fell from $17.4 million to $40.2 million in overall loss for the year.

The Telegraph reports, “Directors say the ‘deterioration’ was due to having to provide financial support to the company’s Bermuda-registered joint venture, BCM McAlpine Limited, which is part of the consortium redeveloping Bermuda’s King Edward VII Memorial Hospital (KEMH). The £176m contract has suffered “severe problems with design and performance”, say the accounts, resulting in “substantial losses” that have been covered by a £50m provision from Sir Robert McAlpine Holdings.”

The hospital project is due for completion within the next two months, and is the result of a public-private partnership, or PPP, between Bermuda Hospitals Board and the Paget Health Services consortium.