[INFOGRAPHIC] The 3 Most Expensive Pharmaceutical Mergers and Acquisitions 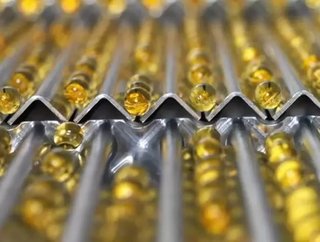 Mergers and acquisitions in the health care industry have consistently been on the rise, garnering an aggregate value of $5.45 billion in 2014 alone. J...

Mergers and acquisitions in the health care industry have consistently been on the rise, garnering an aggregate value of $5.45 billion in 2014 alone.

Looking back, we note the most expensive mergers and acquisitions that have taken place in the pharmaceutical industry.

In January of 2000, UK pharmaceutical companies Glaxo Wellcome and SmithKline Beecham announced that they would be merging their operations, but it was not until December of that year that the merger was completed.

At a total end price of $72.4 billion, the merger resulted in GlaxoSmithKline. This year, the company applied for regulatory approval for the first vaccine against malaria.

In the year 2004, sales of pharmaceutical products worldwide came to $550 billion leading to companies seeing the need to expand. Sanofi-Synthelabo made a takeover bid worth $60.5 billion for Aventis early in the year but the French company rejected the bid feeling it was too low.

In August 2004, Sanofi-Synthelabo acquired Aventis for $73.5 billion. The takeover was finalized on December 31 of that year, creating Sanofi-Aventis. In 2000, Pfizer acquired Warner-Lambert, bringing together two of the fastest growing companies in the pharmaceutical industry. With Warner Lambert, Pfizer gained numerous product lines from pharmaceuticals to Listerine mouthwash.

In an interview with the New York Times back in 2000, William C. Steere Jr., then the new chairman of Pfizer Inc., said, “Pfizer and Warner-Lambert represent a new competitive standard for our industry. By combining two world-class organizations to create the fastest-growing major pharmaceutical company in the world, we are positioned for global leadership.”

It was a statement that rang truth, as recent news has highlighted the company for being on the path to curing cancer.