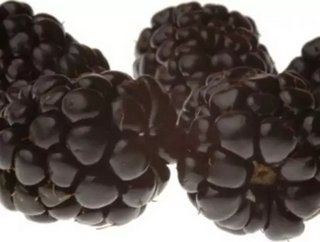 Black raspberries are being hailed as a new &lsquo;superfood and have been credited as having cancer-fighting properties. Named the Mac Black, this par...

Black raspberries are being hailed as a new ‘superfood’ and have been credited as having cancer-fighting properties.

Named the Mac Black, this particular variety of raspberry is said to have a more intense flavour than traditional red raspberries.

Similar to many superfoods, Mac Black raspberries contain high levels of anti-oxidants and have earned the nickname ‘the king of berries’ for their numerous health benefits.

Scientists believe that black raspberries can also help to prevent cancer as they feature rich concentrations of anthocyanins and ellagic acid, compounds which have been recognised as being able to stop cancer.

Previous studies exploring the health benefits of raspberries and blackberries have found that these fruits can slow the growth of a number of cancers, including cervical, breast and colon cancers.

Black raspberries have been described as being juicy like a blackberry but also sweet, similar to raspberries.

Clinical trials are already underway to assess the health benefits of black raspberries and they are being specifically tested on oesophagea and colon cancers.

Mac Black raspberries originated in North America and are only just today being made available to consumers in the UK.

The black raspberries have been grown in Britain for five years, but growers have only now been able to produce high volumes suitable for commercial purposes.

The fruit is being specifically grown for sale in supermarket chain Tesco and a 125g punnet costs £2.