Get fit in four minutes with Tabata workouts 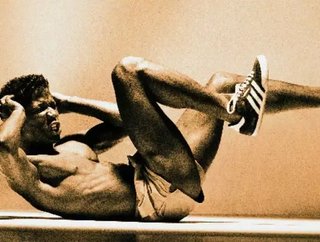 For most people, one of the most off-putting aspects of exercising is the amount of time it takes. For a busy executives and professionals, sometimes t...

For most people, one of the most off-putting aspects of exercising is the amount of time it takes. For a busy executives and professionals, sometimes there just isn’t enough time to squeeze in an hour-long gym session in between meetings.

Tabata training is a combination of both HIT and HIIT workouts, and its selling point is that it can be completed in just four minutes. It came about after a Japanese scientist, Izumi Tabata, conducted a study comparing the effects of moderate intensity training and HIIT workouts. After six weeks, those exercising moderately were showing great improvements in their aerobic system, but those following a HIIT programme improved both their aerobic and anaerobic systems.

The result? Tabata training was born; a four-minute long workout session consisting of eight rounds in total. Each round is the same; 20 seconds of intense exercise followed by 10 seconds of rest. Usually, four sets of exercises are repeated twice during eight rounds and more often than not consist of things like on-the-spot sprinting, squats, lunges, push-ups and crunches.

Although Tabata training is probably the shortest cardio workout around, it is the most effective when it comes to burning fat and increasing strength and stability. One of its most attractive features is that it also boosts metabolism, meaning that even after the session you will still be burning calories and fat.

Each four minute session is said to be excruciating and they only get harder as you continue with the Tabata programme. However, if you persevere, ignore the pain and overcome the temptation to quit, the method has a huge psychological benefit as it helps to build mental strength.

Because of the intensity of the workouts, there are warnings about who can partake in Tabata training. Those with a history of heart attacks or strokes are advised to consult their GP beforehand, as are those with high blood pressure.

There are also warnings about using weights during a Tabata workout, but this is more of a safety precaution. For example, if you are lifting a weight bar rapidly you should be careful not to lose your grip, but there are professional Tabata programmes that incorporate weights.

All in all, Tabata workouts are ideal for those who cannot spare the time to go to the gym. And although the length of the workout has been cut down to a manageable four minutes, just make sure you leave time for a shower afterwards.