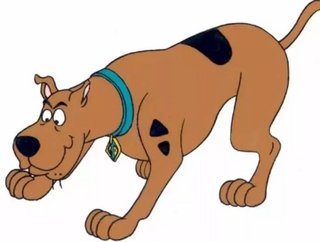 The lovable Great Dane Scooby Doo and his sidekick companions of Fred, Shaggy, Velma and Daphne have been named as the &lsquo;healthiest cartoon charac...

The lovable Great Dane Scooby Doo and his sidekick companions of Fred, Shaggy, Velma and Daphne have been named as the ‘healthiest’ cartoon characters.

After watching 200 hours of cartoons, the UK’s Department of Health (DoH) put Scooby Doo at the top of the list claiming he was incredibly active, constantly running from monsters and baddies.

Despite constantly scoffing large snacks and sandwiches, Scooby beat off competition from Tom and Jerry, SpongeBob Squarepants and The Simpsons.

In a statement issued by the DoH, it said: “Each character was rated on their activity levels and received marks for good behaviours such as walking short journeys and playing sport.”

However, the organisation has been forced to point out it is not using Scooby Doo as a healthy role model because of his great love for Scooby Snax.

According to the DoH, the survey is just a “fun talking point” aimed at encouraging children to lead active and healthier lifestyles.

The study has been released to compliment a new partnership between the DoH’s Change4Life campaign and fellow ‘healthy’ kids cartoon LazyTown.

LazyTown features ‘sports candy’ characters of fruit and vegetables, alongside the main character ‘Sportacus’ who tries to persuade children to spend more time playing outside.

LazyTown came third in the list of 20 cartoons, the results of which were decided after measuring how active the characters were.

The DoH said that while Sportacus burns more energy, Scooby Doo is more active. The full list of healthy cartoons in order of activity levels is this: