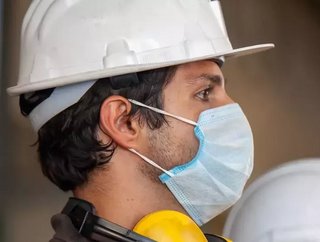 Governments from around the world have turned to various industries to shore up the vital supplies of medical equipment...

Not long after COVID-19 became recognised as a major global health crisis, governments from around the world have turned to various industries to shore up the vital supplies of medical equipment and consumables that are so desperately needed to save lives and protect public health.

Not since World War Two have we seen such a demand on these industries to provide vital supplies to support the “war effort”. But as many countries have declared states of national emergency, as they fight the war against Coronavirus, the analogy is apt. During World War Two, however, industries were asked to switch to making items that were not too dissimilar to their traditional manufactured products.

For example, silk garment manufacturers switched to manufacturing parachutes, steel makers produced ammunition cases, engineering firms switched to guns and automakers to tanks, and arguably, they had more time to do it. Today, however, we need those ventilators, hand sanitisers, face masks and other personal protective equipment in great quantities now. Indeed, President Trumps recent invoking of the Defence Production Act to compel manufacturers to switch to producing medical supplies is an example as to how seriously these measures are being taken.

Even the Mercedes Formula One team is ramping up to produce thousands of Continuous Positive Airway Pressure creating devices (CPAP) subject to regulatory approval. Further afield, Foxconn the Chinese makers of iPhone started manufacturing surgical masks, and in the US General Motors is also turning to medical ventilators. The list continues to grow on a daily basis.

What these manufacturers have is not just the manufacturing expertise in related disciplines such as precision engineering, but also specialist equipment and facilities such as clean rooms. But such pivots, especially when performed virtually overnight is no mean feat. It is simply not a case of just switching from making one component to another by adjusting some machine settings. There is a much wider set of implications.

Production and quality personnel are moving to completely unfamiliar territory. Take the Mercedes F1 team as an example. There is a whole world of difference between making engine gearbox components to making medical CPAP devices. Failure of the former loses them a race or two, failure in the latter cost’s lives.

For medical device manufacturers, the environment they operate in is strictly regulated and new devices can take months, if not years, to achieve the regulatory approvals and validations needed to start shipping those products on to the market. And during the production process, the need for quality assurance and auditing is paramount. While government agencies are indeed fast-tracking these approvals, that does not mean that quality standards can be relaxed - otherwise lives are also at risk.

Another factor is the exponential change in production volume. Again, using the Mercedes F1 team example, they have stated that they could produce up to 1,000 CPAP devices per day. The consequential scalp-up in monitoring manufacturing process, quality inspection, testing and recording of quality data is equally challenging.

Added to that is the unfamiliarity of working with new materials and components from new suppliers. Not only will these require new certification and qualification processes to be performed, but monitoring the characteristics of these new raw materials, their performance throughout the conversion process, and their impact on the quality and safety of finished goods will also be new territory, where the hand of experience is absent.

What these manufacturers do have to help to address these challenges are the availability of advanced technologies such as data analytics, manufacturing and quality intelligence solutions that can be rapidly adopted to support these new products and manufacturing processes. The importance of such solutions should not be overlooked. Pivoting to wholly new, and often alien products is one thing, but pivoting to wholly new quality and manufacturing processes is another. But these challenges can be overcome if manufacturers, government, regulatory agencies and technology companies all come together with a common goal. Across the industry, we have the technology, capability, skill and expertise to make this work. We just need to have the collective resolve to make it happen now.