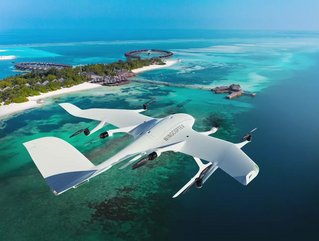 Wingcopter drones recently transported blood samples over a distance of 26 kilometres in the German state of Mecklenburg-West Pomerania. The drones' flight time was 18 minutes on average, nearly twice as fast as ground-based transport.

The use of Wingcopter drones could significantly speed up emergency medical care in rural areas which could help save lives, particularly in the event of a blood transfusion being needed at short notice.

The flights were carried out by Greifswald University Medical Centre, with the aim of establishing permanent flight connections between the medical centre and hospitals in the surrounding area as soon as possible.

Drones are also to be used to support first responders on site, for example by quickly transporting medication, transfusions, or emergency medical equipment such as defibrillators to the scene of an accident.

Wingcopter is already engaged with the NGO WeRobotics to deliver medical goods to hard-to-reach parts of the world.

Indian drone company Skye Air is running a trial to deliver COVID-19 vaccines in the southern state of Telangana. As part of the 'Medicines in the Sky' project, the drones are delivering the supplies packaged in temperature-controlled boxes within a 12 km range, taking around 18 minutes to arrive.

With vast remote areas and challenging weather events, it is hoped drones will help the Indian government achieve its target of vaccinating 950 million adults by the end of 2021.

In 2013 the London School of Hygiene and Tropical Medicine embarked on a programme to track the progression of malaria in the Philippines and Malaysia. The Monkeybar project involved attaching thermal cameras to drones and following macaques, to monitor transmission from animals to humans.

The drones have also helped to map locations and land types, assessing how different environments affect the distribution of people, and which mosquitoes and macaques contribute to infection risk.

A key aim was to look at how changes to the environment such as deforestation contribute to the transmission of zoonotic diseases. In the years since the project started, the world has experienced the COVID-19 pandemic, widely believed to be a zoonotic illness, therefore similar research may help scientists predict and avoid future outbreaks.