Analysts predict 24 million will use THESE apps by 2018 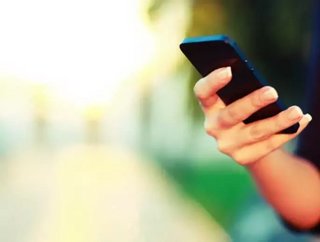 A new report from Research2Guidance recently sparked a buzzing conversation throughout the mHealth market. From 2008 to 2013, over 1,000 diabetes apps...

A new report from Research2Guidance recently sparked a buzzing conversation throughout the mHealth market. From 2008 to 2013, over 1,000 diabetes apps were reportedly downloaded with the help of Priori Data. This Berlin-based company collects publically available metadata on apps and translates the data into usable statistics, which the companies then use to attract investors and additional funding.

According to the findings from the survey, 76 percent of mobile health app publishers see diabetes as one of the highest potential business opportunities within the existing market. Currently, only 1.2 percent of people who have diabetes utilize an app on their smartphone or tablet to manage their illness; however, Research2Guidance is predicting that in 2018, that percentage will shoot to 7.8 percent or 24 million people.

Health and fitness app maker Azumio was reported as the leader within the competitive market, with 17.8 percent market share and two of the currently most popular apps: Glucose Buddy and Blood Sugar Tracker.

In a blog post , Research2Guidance co-founder Ralf-Gordon Jahns wrote that the mobile health market is still anyone’s game, and that a dedicated app-based strategy is the key.

“The ranking of the top 14 diabetes app publishers are not carved in stone,” he wrote. “The overall quality, total download and user numbers are not high enough to prevent new innovators complying with the best practice standards for diabetes app publishing and a good marketing strategy to turn the market upside down.”

With the exception of Medtronic, Medisana, and Sanofi-Aventis, Jahns added that many of the companies dominating the market are not big businesses right now, but rather are small app makers with a personal vested interest.

“A significant number of diabetes app publishers, not only those in the top 14, developed their solution based on their personal experience with the disease,” he wrote. “For most of the top players the initial motivation to publish a diabetes app was to make life easier for themselves, relatives or friends – developing a product only came second.”