Big Pharma vs. MedTech in Spain - Which Industry Will Come Out on Top in 2020? 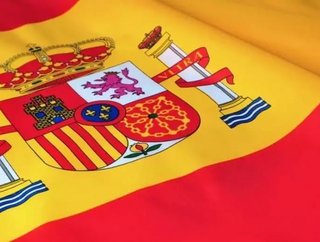 Austerity measures implemented by the Spanish government have negated the effect of key drivers behind the countrys pharmaceutical market, resulting in...

Austerity measures implemented by the Spanish government have negated the effect of key drivers behind the country’s pharmaceutical market, resulting in a contracting market between 2008 and 2020, says research and consulting firm GlobalData.

However, the company’s latest report states that factors, such as an aging population and free health care service, will help drive an overall expansion of the country’s health care market over the next six years.

[READ MORE] The Dark Side of Big Pharma: How Marketing to Doctors Really Works

According to GlobalData, Spain’s medical devices space was worth approximately $7.1 billion in 2008 and increased to around $8.5 billion in 2013, at a Compound Annual Growth Rate (CAGR) of 3.4 percent. It is expected to reach $12 billion by 2020, representing a CAGR of 5 percent.

The in vitro diagnostics and diabetic care device segments were the largest contributors to Spain’s medical device market in 2013. Other major segments included orthopedic, cardiovascular and ophthalmic devices.

Joshua Owide, GlobalData’s Director of Healthcare Industry Dynamics, says: “Spain’s medical devices sector is benefiting significantly from the increase in electronic health services and a strong medtech industry. However, new drug pricing policies and the promotion of generics as a cost-containment tool are severely limiting the country’s pharmaceutical market growth.

“The government’s new policies, introduced in 2011 and 2012, require drug manufacturers to price their products lower than the reference price, and it is now mandatory for pharmacists to dispense the cheapest available drugs to patients, further impacting pharmaceutical market value.”

GlobalData states that due to these strict regulations to contain costs by 2020, the Association Européenne des Spécialités Pharmaceutiques Grand Public (AESGP) reported a decline in Spain’s pharmaceutical market revenues, from $29 billion in 2008 to $24 billion in 2013, at a negative CAGR of 3.7 percent.

The market’s value is expected to decrease even further to $22.6 billion by the end of the forecast period, representing a negative CAGR of 0.9 percent.