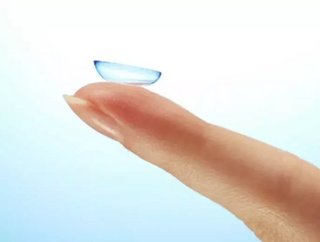 Written by Alyssa Clark With over 382 million Diabetics worldwide, it is no secret why the demand for better, less invasive insulin-testing programs i...

With over 382 million Diabetics worldwide, it is no secret why the demand for better, less invasive insulin-testing programs is at an all time high. Diabetics who are forced to prick themselves upwards of 10 times a day will have a new alternative for measuring their glucose levels, thanks to Google. Unveiled last Thursday, this new glucose-monitoring lens can calculate glucose levels based off of the affected persons’ tears. Still at least five years away from the consumer, this lens has entered the prototype phase and has Diabetic companies and patients in a roar over its potential in the already large market.

There have been a slew of new ideas circulating in regards to how to monitor glucose levels in a less invasive way, but still guaranteeing Diabetic patients peace of mind with reliable results. Focusing on being less invasive and more convenient, modern technology has challenged Google to invest in the demand for better Diabetic-friendly resources, and the company is certainly rising to the occasion. The lens operates by using a microscopic glucose sense and a wireless transmitter, testing a Diabetic’s tears instead of blood from traditional finger-pricks.

Research for this new technology began at the University of Washington where scientists operating underneath National Science Foundation funding first came up with the ideas for the lenses. Developed at the Google X lab, the lab that also pioneered the driverless car and the Google web-surfing glasses, these contact lenses were developed during the past 18 months in the same lab. This project was kept under the public’s radar until it was ready for the prototype phase, only being released to The Associated Press last Thursday.

"You can take it to a certain level in an academic setting, but at Google we were given the latitude to invest in this project," said one of the lead researchers, Brian Otis. "The beautiful thing is we're leveraging all of the innovation in the semiconductor industry that was aimed at making cellphones smaller and more powerful."

"People with diabetes base very important health care decisions on the data we get from our monitors," he said.

The device looked like a typical contact lens when Otis held one on his index finger. On closer examination, sandwiched in the lens are two twinkling glitter-specks loaded with tens of thousands of miniaturized transistors. It's ringed with a hair-thin antenna.

"It doesn't look like much, but it was a crazy amount of work to get everything so very small," Otis said at Google's Silicon Valley headquarters. It took years of soldering hair-thin wires to miniaturize electronics, essentially building tiny chips from scratch, to make what Otis said is the smallest wireless glucose sensor ever made.

Other companies like NovioSense and the FDA have tried to implement wireless and noninvasive modes of insulin testing since as early as 2001, however nothing has seemed to truly take off in modern day healthcare consumerism. Focused on timeliness, effectiveness and noninvasiveness, Google could become even more of a financial powerhouse if the prototype for this ingenious lens proves to be as investment-worthy as it seems.