Human Genome: The Future Of Biotechnology In Medicine 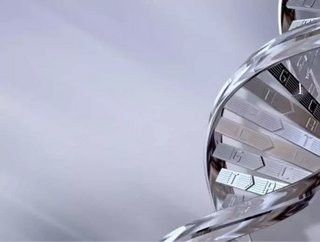 Written by Robert Spence Read this article in the July Edition of Healthcare Global magazine The use of biotechnology in medicine is revolutionizing t...

Read this article in the July Edition of Healthcare Global magazine

The use of biotechnology in medicine is revolutionizing the diagnosis of diseases caused by genetic factors. New tests can detect changes in the DNA sequence of genes associated with disease risk and can predict the likelihood that a patient will develop a disease. While this monumental healthcare shift is in its early stages, new medicine, diagnostics and technologies are being developed that can hold great potential to improve patients’ lives. One of these technologies is human genome.

Human genome is the blueprint for each person’s body. It is the complete set of human genetic information, stored as DNA sequences within 23 chromosome pairs of the cell nucleus and in a small DNA molecule within the mitochondrion. Essentially, human genome influences how we look, our genetic predispositions for certain medical conditions, how well our bodies fight disease or metabolize food, and which therapies our bodies do and do not respond to.

In October of 1990 the US Department of Energy and the National Institutes of Health formally founded the Human Genome Project (HGP), a $3.8 billion project established to determine the sequence of chemical base pairs which make up DNA, and to identify and map the approximately 20,000-25,000 genes of the human genome from both a physical and functional standpoint. By 2003, almost all of the pairs of chemicals that make up the units had been put in the correct sequence, enough for a pronouncement of success, officially ending the HGP. In 2004 a major quality assessment of the human genome sequence was published indicating over 92 percent of sampling exceeded 99.99 percent accuracy.

Throughout the 13-year project, the Human Genome Project analyzed the genetic material, or the genome, of the human species. The genome consists of four types of nucleotides arranged in various sequences called chromosomes and determines all human biological traits and characteristics. By studying specific sections of the genome, scientists can determine the location of particular genes that cause certain diseases, specifically genetic disorders that are caused in part or completely by changes in DNA sequences. Examples of genetic disorders are cystic fibrosis, Down’s syndrome, hemophilia, muscular dystrophy, Parkinson’s disease, sickle cell disease and prostate cancer. To some degree, the majority of human diseases have some sort of genetic basis and the HGP led researchers to discover more than 1,800 disease genes.

Although the human genome has been completely read by DNA sequencing, it is not yet fully understood. Having the complete sequence of the human genome is similar to having all the pages of a manual needed to make the human body. The challenge now is to determine how to read the contents of these pages and understand how all of these many, complex parts work together in human health and disease.

As a result from the Human Genome Project, there are now more than 2,000 genetic tests for human conditions with 350 biotechnology-based products currently in clinical trials. These tests enable patients to learn their genetic risks for disease and help healthcare professionals diagnose disease. Since the first sequencing was completed in 2003, the speed, price and accuracy of the technology have all improved. A number of companies have started offering easy ways to administer genetic tests that can show predisposition to a variety of illnesses, including breast cancer, hemostasis disorders, cystic fibrosis, liver diseases and many others.

In 2012 Oxford Nanpore Technologies unveiled the first of a generation of tiny DNA sequencing devices that many predict will eventually be as universal as cell phones.  Illumina Inc. has recently dropped its price for individual readouts to $5,000; earlier this year, Life Technologies introduced a sequencer it says can map the human genome from $1,000. The smallest machine is now desktop-size. These sequencing devices could speed efforts to make gene sequencing a routine part of a visit to the doctor’s office.

According to an article in the “Journal of the American Medical Association,” the Human Genome Project will have profound implications for medicine, allowing us to eventually predict a person’s risk of disease and provide them with designer drugs, specifically targeting and stopping the disease in its tracks. Predicting individual risk of disease likely will be a part of regular medical practice by 2020.

The sequencing of the human genome provides vital insight into the biological workings behind countless medical conditions and scientists and physicians are advancing the field of personalized medicine at a fast pace. Personalized medicine is a new paradigm that proposes to manage a patient’s disease based on the individual patient’s specific characteristics, including age, gender, height, weight, diet, genetics and environment. Genomic and personalized medicine aims to tackle more complex diseases, such as cancer, heart disease and diabetes. For years these diseases were believed to be influenced by environmental factors and their interaction with the human genome. A number of top-tier medical institutions now have personalized medicine programs, and many are conducting both basic research and clinical studies in genomic medicine.

In addition to ongoing medical research and new targeted therapies that research will lead to, a new initiative called the Cancer Genome Atlas has begun. Its goal is to identify all of the genetic abnormalities that can be found in 50 cancer types. The National Institute of Health is working to reduce the cost of sequencing an individual person’s genome to make it affordable to do so. Once that’s accomplished, screening for disease will be more effective than ever, helping to predict, diagnose and manage any diseases you may have.

According to genomics pioneer Leroy Hood, “There will be enormous scientific and engineering challenges to achieve this vision—far greater than those associated with the Human Genome Project. Predictive, preventive and personalized medicine will transform science, industry, education and society in ways that we are only beginning to imagine.”

In the future, doctors may be able to reveal which genetic diseases you might develop later in life by a single droplet of blood. This droplet may be all your doctor needs to tailor which medicines are right for you.