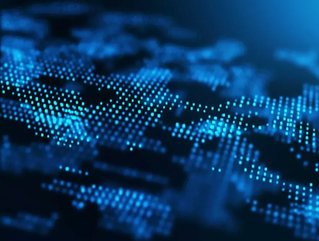 The Wall Street Journal has reported that Watson Health has annual revenues of around £720m, but is not profitable. The company made a number of staff redundant in 2020 and appointed as its new chief executive Arvind Krishna, who had formerly been head of its cloud division.

Peter van der Putten, Director of Decisioning at software company Pegasystems and Professor of AI at Leiden University in the Netherlands, says that Watson Health was always going to struggle to take off due to the conservative approach to AI the healthcare sector holds.

“The IBM Watson story really took off when it beat two human champions in a game of Jeopardy in 2011" he says. "The core of the system back then was Natural Language Processing but IBM decided to go in big with AI and copiously apply the Watson brand to a broad range of technologies, without necessarily integrating or linking these products, and pick the healthcare provider industry as one of the initial target markets.

"Whilst the ambition level was admirable, and AI can bring true value to healthcare, in hindsight this may not have been the best choice, for a variety of reasons.

“Firstly, the healthcare market is quite conservative, and not always for bad reasons. Clinical decision support systems, like any form of medical protocols, need to be tested in randomised control trials and extensively researched. These systems are typically more a form of augmented rather than artificial intelligence, i.e. doctors will use these systems as a form of advice, hence the AI will need to be transparent, and be able to explain itself, not the opaque NLP learned from millions of documents.

“Unlike when say, deciding what marketing message to show on a website, an educated guess is not enough, we need to understand all the factors that are going into a decision or advice, and look for causation, not just correlation. In other words, the medical domain is very different from playing a game of jeopardy.

Putten adds: “The irony is that slowly but surely the healthcare market is changing, with major benefits arising earlier in organising care rather than clinical decision support. Also, medical researchers are becoming more and more comfortable with using data science tools themselves, hence democratising AI. But it is not a first-mover market.”