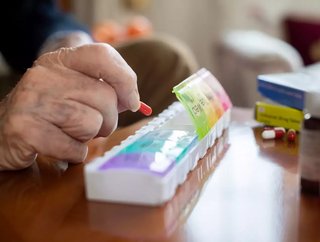 When and why was Dosis founded?
Divya, my co-founder and I founded Dosis in 2017 with the purpose of creating a personalised dosing platform. We see personalisation in so many aspects of our lives, but not in the amount of medication we receive. We came across some research at the University of Louisville that personalised the dosing of a class of drugs called ESAs that are used to treat chronic anaemia. We thought, if commercialised, this could greatly benefit the healthcare industry by introducing precision medicine to drug dosing.

The research also showed that by taking this personalised approach, less drugs were needed to achieve the same or better outcomes. That meant that patients were exposed to less medication, so there was a lower likelihood of side effects. It also meant that the cost of care was reduced.

SAA takes into account a patient’s previous ESA doses and lab levels, determines the patient’s unique response to the drug and outputs an ESA dose recommendation to keep the patient within a specified therapeutic target range. Healthcare providers use SAA as a clinical decision support tool.

What else is Dosis working on?
In the near term, we are working on releasing a personalised dosing module for IV iron, another drug that’s used in tandem with ESAs to treat chronic anaemia. We’re also working on personalising the dosing for the three drugs used to treat Mineral Bone Disorder. We’re very excited to expand our platform to these new drugs.

What are Dosis' strategic goals for the next 2-3 years?
We strongly believe that personalised dosing will be the standard of care within the next decade, and we’re honored to be a part of making that future a reality. In the next few years, we see Dosis entering partnerships with other companies that operate within value-based care environments, where tools like ours that help reduce cost while maintaining or improving outcomes are extremely useful.

What do you think AI's greatest benefits to healthcare are?
If designed well, AI in healthcare allows for a practical and usable way to deploy solutions that would not be feasible otherwise. For example, it’s possible for someone to manually solve the mathematical equations necessary to personalise drug dosing, but it is just not practical. AI in healthcare offers an exciting path forward for implementing solutions that for so long have appeared impractical or impossible.