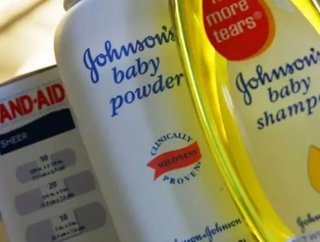 Written by Alyssa Clark Following suit with a number of other major U.S. drug manufactures like GlaxoSmithKline and Medtronic, Johnson &amp; Johnson h...

Following suit with a number of other major U.S. drug manufactures like GlaxoSmithKline and Medtronic, Johnson & Johnson has finally agreed to allowing its clinical trial research data to go public— such a big step for such a private organization. Feeling the pressure to conform and roll over with the other big names within the pharma industry, apparently J & J felt it was time to spread the truth and let researchers evaluate their clinical trial data. No longer will the FDA be the sole party allowed to tap into the behind the scenes work of pharma giants, but the public will have access to the raw data produced by these billion dollar powerhouses.

With Johnson & Johnson hard at work at up-and-coming drugs for both blood thinners and prostate cancer, it seems interesting that the organization would choose now to jump on board with this trend, but no better time than the present, right?

The company is currently undergoing trials on its highly-anticipated blood thinner Xarelto and its prostate cancer pill Zytiga, as well as further research and development being invested in its artificial hips and knees orthopedics division as well. Harlan Krumholz of Yale University has reported on J&Js openness, seeing that he is assigned to oversee the process of releasing the data to researchers, “You want to know about Listerene trials? They’ll have it.”

“We really wanted a broad approach to contributing to advancing medical science through all of our products that touch patients in different ways,” says Joanne Waldstreicher, MD, Chief Medical Officer, Johnson & Johnson. “Responsible sharing of clinical trial data advances science and medicine and is part of Johnson & Johnson’s commitment to the doctors, nurses, patients, mothers, and fathers and all others who use our products,” said Paul Stoffels, MD, J&J’s chief scientific officer, in a prepared statement.

Although there is expected to be a bit of a learning process for those at Johnson & Johnson, as well as for those who are responsible for collecting and sharing the data, the change is highly-anticipated and welcomed. The process will entail: The Yale School of Medicine’s Open Data Access Project to review requests from physicians and J&J products. This will start with products from the drug division, and will expand to include devices and consumer products as well. If and when the YODA approves the request from the physicians, anonymized data will be provided to the requesting party and it will allow researchers to re-analyze or re-conduct studies in accordance with the new data.