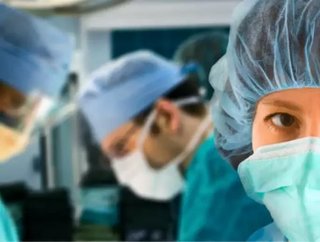 Written by Alyssa Clark Science is getting close to determining a way to amend the worlds most common heart problems, without having to do expensive a...

Science is getting close to determining a way to amend the world’s most common heart problems, without having to do expensive and high-risk open heart surgery. One of these most common issues that affects populations around the world is mitral valve regurgitation, which causes blood to flow back into the lungs instead of continuously out into the body. This ailment affects more than four million U.S. adults alone, with some never even knowing they contain the defect and others being severely plagued by its shortcomings. These can include but are not limited to: shortness of breath, extreme fatigue and chest pains, since the heart has to pump twice as hard to move the same amount of blood, which can result in heart failure.

Located between the heart’s two left chambers, the mitral valve helps to transport oxygen-rich blood coming from the lungs through the left atrium to the left ventricle, where it is pumped to the rest of the body. When the flaps of the valve do not close properly, the blood is regurgitated in to the lungs, and occurs in about 45 percent of people from a European-based study. Doctors recommended surgery in less than half of these situations, simply based on the fact that the complications of the surgery outweighed the potential benefits of the procedure. This gap presented in patient demographic and surgery requirements makes this demand for an alternate medical device imperative.

Medical devices were hoped to be a savior for this cause for a number of years, and it appears that finally this long-awaited problem is finally seeing some potential results. Researchers have struggled to invent a less-invasive device that can replace or repair the defective valve, instead of instantly resorting to open heart surgery which has been a problem for surgeons and patients for a long time. With over an average of 50,000 operations a year, it is no wonder why a demand for a better way of solving this problem is in high demand, since some patients can also be too frail or weak to undergo the life-saving surgery.

Two companies have pioneered this technology, achieving small victories along the way and tag-teaming the project to continue to improve the chances of this device replacing surgery: Abbott Laboratories and Edwards Lifesciences Corporation. MitraClip was first to be released by Abbott, and was approved by the FDA in October of 2013. It was a short-term success, only serving a small number of those ostracized patients of which open heart surgery was not an option; so it was back to the drawing board. It was then that Lifesciences Corp got behind the idea, and improved the original idea of the MitraClip to release CardiAQ, which will go into second-generation testing later on this year. If the results are positive, the device is said to be in circulation in European markets by 2017 and then soon after in the U.S. in 2020.

"It's been a disappointing field until now," says Michael Mack, a heart surgeon at the Baylor Health Care System in Plano, Texas, who also advises medical-device makers. "I think there will be a renewed enthusiasm over the next year or two that this is an issue that can be addressed and solved."