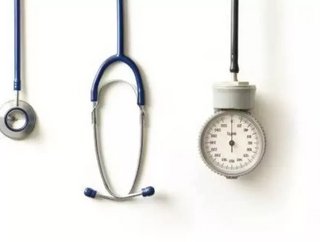 Nearly 200 new jobs in the medical device manufacturing field could be on the way. According to a new report, NuVasive Manufacturing LLC is making plans...

Nearly 200 new jobs in the medical device manufacturing field could be on the way. According to a new report, NuVasive Manufacturing LLC is making plans for an expansion project that promises to create 195 full-time jobs and generate $9.3 million in annual payroll.

RELATED CONTENT: Why you should invest in the medical device and mHealth market

With that said, the project’s location is by no means set in stone. The report also notes that NuVasive is considering consolidating its manufacturing efforts, moving operations to one centralized location:

San Diego-based NuVasive Inc. is considering consolidating its manufacturing operations. Ohio is competing with Texas and Tennessee for the proposed project. If Ohio were to lose the proposed project, existing jobs in the state could be in jeopardy, state officials said.

Ohio is one logical choice for the company. NuVasive first moved into Ohio in 2013 with the acquisition of spine implant manufacturer ANC LLC—in changing ANC’s name to NuVasive Manufacturing LLC, the company established roots and full-scale in-house implant manufacturing capabilities in the Dayton area. Dayton Daily News reports that if NuVasive chooses to expand in Ohio, it would be a boon to employment and the economy—to help facilitate the company’s decision, the state’s Tax Credit Authority has offered a 65 percent, seven-year job creation tax credit for the project.

But as the report mentions, NuVasive does have several options. Only time will tell where the manufacturing expansion ends up and where NuVasive will go from here.