Pristine or OrCam: are Google Glasses a telemedicine solution or a resource for visually impaired patients? 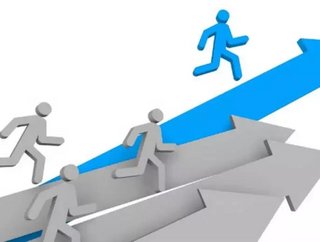 Google Glasses have already revolutionized the healthcare industry from its work in medical universities training future doctors, providing research opportunities for practicing physicians, real-time surgical benefits and giving resources to visually impaired individuals. As a leader now in wearable technology, two companies have pioneered this technology to the next level as the competition on who best uses this technology continues to grow.

Pristine and OrCam have incorporated cameras into the Google Glass technology, taking it further than any other company has yet to. Whereas Pristine uses the camera technology to incorporate additional physicians on telemedicine consultations, OrCAm also uses the camera to see more clearly what its visually impaired user cannot. Both of these usages reflect a unique target market and development strategy, what both also come at a steep price.

Coming in at nearly $2,500 a piece, Israel-based OrCAm’s adapted Google Glasses interpret visual images the wearer points to and through a speaker by their ear, hears what they are looking at whether it’s a train number, or text in their favorite book. Due to its expensive price tag not all patients will be able to afford this technology; however, the company is currently in negotiations of how to change its non-reimbursed status. The WHO estimates that 285 million people today are visually impaired, and this presents not only a profitable market for their technology, but an opportunity to help a lot of people in need.

Pristine comes in at the other end of the spectrum, focusing on the Glasses telemedicine capabilities. Though early on in its development, Pristine is piloting its EyeSight application in their unique approach to telemedicine in a more flexible approach than what is currently being used in teleconsultaitons today. Partnering with Wound Care Advantage, Pristine has signaled interest into expanding into the telewound market as well. Not only will Pristine’s technology increase access to care, but it will make telemedicine more efficient and has the potential to help a greater number of people.

So between these two Google-glass developers, who stands on top of their respective emerging market?