VC funding in Healthcare IT sector reaches new heights with $2.2 Billion in 2013 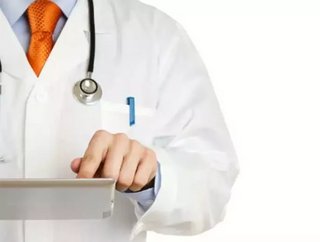 Mercom Capital Group, llc, a global communications and consulting firm, released its annual report  on funding and mergers and acquisition (M&A) activity for the Healthcare Information Technology (IT) sector in 2013

“After record fundraising totals in 2013, Healthcare IT companies have now received $4 billion in venture funding since 2010,” said Raj Prabhu, CEO and Co-Founder of Mercom Capital Group. “Mobile health companies led the way in 2013 as the technology transformation of the healthcare industry continues.”

Practice-centric companies also raised $1.1 billion in 2013. Areas that received the most funding under this category were Population Health with $179 million, Electronic Medical Record/Electronic Health Record (EMR/EHR) with $166 million and Practice Management with $162 million.

The Top 5 VC funded companies in 2013 were: Evolent Health, a population health management services organization that integrates technology, tools and on-the-ground resources to support health systems in executing their population health and care transformation objectives, which raised $100 million; Practice Fusion, a web-based EMR provider, which raised $85 million in two deals; Fitbit, a fitness and health tracker company, which brought in $73 million – also in two deals; MedSynergies, a provider of revenue and performance management solutions to healthcare providers, which raised $65 million; and Proteus Digital Health, a provider of a digital health feedback system, which raised $45 million.

There were 466 investors involved in funding rounds for Healthcare IT companies in 2013. The top VC investors were Khosla Ventures and The Social+Capital Partnership with eight deals each, followed by Norwest Venture Partners with seven deals, and Kleiner Perkins Caufield & Byers with six deals.

Within the United States, California led Healthcare IT fundraising with 134 deals followed by New York with 48, Massachusetts with 39, Texas with 29, and Tennessee with 26. A total of 43 states had at least one deal in 2013.

Health Information Management (HIM) companies saw the most M&A activity in 2013 with 76 transactions, followed by Revenue Cycle Management companies with 25.

There were two Healthcare IT IPOs in 2013, raising a combined total of $195 million. Benefitfocus, a provider of cloud-based benefits software, raised $131 million, and Covisint, provider of a cloud engagement platform for creating and enabling new mission-critical external business processes, raised $64 million.

To learn more about the report, visit:  http://store.mercom.mercomcapital.com/products-page/healthcare-it-reports/hit-2013-annual-and-q4-funding-report/.