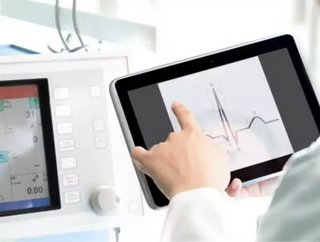 Written by Alyssa Clark While preparing to introduce its latest improvements to the youngest addition of the WellDoc app family, the organization has...

While preparing to introduce its latest improvements to the youngest addition of the WellDoc app family, the organization has implemented new president Kevin McRaith. WellDoc is embracing this seasoned bio-tech veteran due to his mhealth-oriented agenda; as the company finalizes preparations to roll out final touches to the highly-anticipated Bluestar platform this year. This platform is an FDA-approved mobile health application that is bent on improving patient engagement for people with Type 2 Diabetes.

The organization has already earned quite a bit of publicity for its recent accomplishments:

“In the run-up to commercialization of Bluestar later this year, WellDoc raised a $20 million Series A round led by the Merck Global Health Innovation Fund. In 2013, it launched a mobile diabetes intervention tool for physicians. Bluestar gives users real-time feedback based on the user’s personal health data in areas such as medications, blood sugar readings, diet and exercise. It also provides content to boost users’ health literacy and motivational support,” reports the New York Times.

Current WellDoc president Dr. Anand Iyer will take a new role as chief data science officer, which will boost the company’s analytics engine, according to a company-released statement.

With over 20 years of biotech industry experience and several product launches, Kevin McRaith’s recent hire demonstrates the industry-wide marriage between the pharmaceutical and mhealth worlds; an arrangement which has currently polarized industry experts in a heated debate. This hire also presents an interesting demonstration of these highly-debated market trends; by analyzing the meeting of these two different industries through McRaith’s acquisition, analysts suggest that the future of mobile technology within healthcare will be one where physicians prescribe just as many apps as they do medications.

“Although the app is already in the market, available through employer plans at companies such as Ford and RiteAid, the hire reflects a bigger sales and marketing push by the mobile health company.”