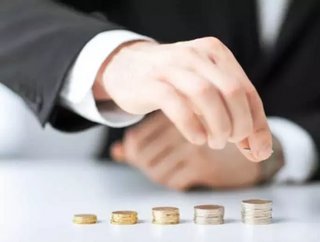 Written by Alyssa Clark Today, Chinas mHealth market is estimated to be worth 1.8 billion RMB, or $291 million in the U.S., and is expected to expand...

Today, China’s mHealth market is estimated to be worth 1.8 billion RMB, or $291 million in the U.S., and is expected to expand to reach 12.5 billion by 2017. This 600 percent increase will come from breakthroughs in mHealth technology, wearables and health IT companies, like Cerner, McKesson and Epic.

As home to over 1.3 billion people, China’s healthcare sector is one that needs immediate attention and immediate investments in order to accommodate its patients’ futures. This ever-increasing demand for EMR technology, EHR, healthcare apps and healthcare IT services is set to increase by 19 percent in this year alone— marking the beginning of a long-lasting Chinese healthcare trend.

The following are the Top 3 Chinese mHealth companies to watch in 2014:

1. Microsoft and IBM pull ahead in China

These two U.S. powerhouses have managed to begin their expansion into Chinese markets, in response to a $124 billion, three-year healthcare reform plan from China’s Ministry of Health.

Microsoft has begun bracing Chinese hospitals with smart technology through the integration of EMRs, patient and bed management, laboratory data, and other patient-related data in cloud-based, real-time solutions. Microsoft has enlisted the company HealthVault to manage this integration process, in order to tie into its own EHR system as well.

IBM has installed new technology in a group of hospitals in the Guangzhou to standardize EMRs, using the collected data to statistically analyze Chinese medical treatments alongside traditional Chinese ones. This kind of accommodating technology has resonated well with the Chinese people, and they are quickly investing more in IBM’s culture-friendly procedures.

Forbes reported that, “With IBM and Microsoft building smarter hospitals from the ground up across China, there will be less demand for native iPad EMR/EHR apps in hospitals, which were created as a response to outdated technologies in the U.S. Meanwhile, consumer-focused app developers are more likely to create health-related apps for Android to reach a wider audience.”

In order to see why Lenovo and Microsoft are huge potential investment opportunities, one needs to analyze both companies respective attempts at embracing Chinese demographics and the long-term company goals. The Motley Fool broke down the companies advantages best by listing them in the following way: