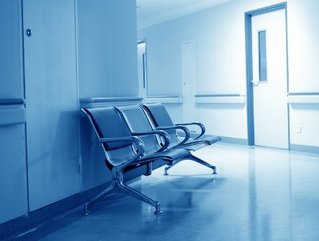 1. Johns Hopkins Hospital, USA: Consistently ranking as the top hospital overall in almost all surveys and year-end lists, is the...

1. Johns Hopkins Hospital, USA: Consistently ranking as the top hospital overall in almost all surveys and year-end lists, is the Johns Hopkins Hospital in Baltimore, USA. It is best known for being the birthplace of genetic engineering, John Hopkins is also the place where the Nobel Prize winning discovery of restriction enzymes happened. Apart from that, it is also where the first male-male sex reassignment surgery happened. John Hopkins alumnae can boast of identifying three types of polio virus, discovering brain’s natural opiates and performing the first blue baby operation in the world.

John Hopkins is easily the most well known centre for medical advances, patient care and teaching.  Some of the world’s most well known doctors have been or are associated with this hospital. Most of its specialties rank among the top five globally; such as gynecology, neurology and neurosurgery, urology, and rheumatology.

2. Asklepios Klinik Barmbek, Germany: The Asklepios Group is the biggest private operator of hospitals in the entire European continent, but the Hamburg centre is regarded as the crown jewel. This is a general hospital, but it ranks among the best in matters of cutting edge innovation and medical technology. Companies release drugs and equipment in the Klinik before they are made available to the rest of the world, and the centre boasts of excellent  nursing and rehabilitation facilities. The Asklepios Klinik boasts of the world’s best known medical laboratory, and is well known for heart surgery and oncology specialties.

3.University of Texas MD Anderson Cancer Center, USA: Being one of the original three comprehensive cancer centers in the United States established by the National Cancer Act of 1971, it remains the best and most well known centre for cancer care. The MD Anderson Cancer Centre is also affiliated with two prestigious medical schools, the University of Texas Medical School at Houston and the Baylor Medical College. It provides fellowship, internship and residency opportunities to Ph.D.s and medical professionals, and its courses on immunology,, virology and gene therapy attract the best students and teachers from all across the world.

4. Brigham and Women's Hospital, USA: Located in Boston, it is one of the largest healthcare provider in Massachusetts, and is the Harvard Medical School's second largest teaching affiliate. The center brings together a cancer institute and a hospital, creating 13 specialized disease centers. It also excels in neuroscience, arthritis and orthopedics. It is well known for its high quality research facility, and for over a decade, its Biomedical Research Institute has been one of the two hospitals receiving the most National Institutes of Health (NIH) funding among independent hospitals in the United States. Brigham and Women's Hospital also conducts popular demographic surveys.

6. Wooridul Spine Hospital, Seoul, South Korea: It is counted among theleading spine hospitals in the world. It is famous for developing a minimally invasive surgical treatment for those with problems in the lumbar, cervical and thoracic areas, and often treats patients with injection therapy. The advanced spinal surgical technique developed by Wooridul Hospital is bloodless and minimally invasive to save normal disc tissue. It is also well known for medical tourism, and is fast becoming the go-to name for treatment of joints.

7. Shouldice Hospital, Canada: The world’s most famous name in treatment of abdominal hernia, it is named after Dr. Edward Earle Shouldice, who developed a uses a natural tissue, tension free, technique for treatment during the second World War. Also known for its green initiatives, the Shouldice Hospital lists famous personalities as Joe Clark, Jack Layton and Ralph Nader as its patients. Shouldice Hospital is was famously made the subject of a case study by the Harvard Business School- and the same forms the part of the curricula of numerous schools worldwide.

8. Bumrungrad International Hospital, Bangkok, Thailand: It is probably best known for medical tourism, and is the biggest private hospital in Southeast Asia. It treats over a million patients every year, and has its own travel agency for extending visas and providing translators for foreigners. Internationally accredited, the BumrungradInternational Hospitalboasts of world class luxurious facilities. It accomplished the Thailand Quality Class Recognition Award in 2008, and has won a number of accolades internationally. The hospital represents virtually of all the specialties and subspecialties of medicine, and is regarded as a "one-stop" centre for medical services internationally.

9. Anadolu Medical Center, Turkey: The Anadolu Hospitalis a leading institution of oncology through its Bone Marrow Transplant Center. Opened only in 2005, it has emerged as one of the most sought after names in providing treatment for cancer. The hospital is affiliated with the Johns Hopkins Hospital in the USA through Johns Hopkins Medicine International. IMRT and Cyberknife are two of the latest technologies used in cancer treatment developed at the Anadolu Medical Center. The hospital also provides multidisciplinary care, free check ups, patient education, first aid courses, and courses related to preventive medicine.

10. Gleneagles Hospital, Singapore: The flagship hospital of the Parkway Hospital Group, the GleneaglesHospital is a multi-disciplinary and state-of-the-art facilities; representing numerous specialties and sub specialties. It is well known for its doctors’ expertise, quality care, user-friendly services and modern technology, and specialties such as cardiology, oncology, obstetrics, gynecology and orthopedicsare regarded as among the best in the world. The Gleneagles Hospital is best known for a 2005 operation, in which a medical team operated for 10 hours to separate two conjoined twins from Indonesia who were attached at the hip.