Top 10 Hospitals In The World 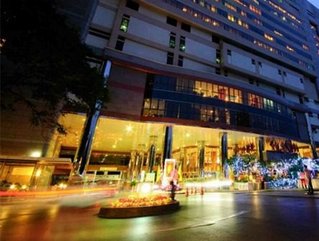 The Johns Hopkins Hospital in Baltimore has rightfully earned the number one position in this top 10 as it is widely regarded as being the ‘best hospital in the world’. For the last 20 years it has been number one in the U.S News and World Report hospital ranking, striving to provide the best services in patient care, teaching and research.

It is one of the leading hospitals for medical advances; it was the first hospital in the world to perform the first male-female sex reassignment surgery and it was here that the Nobel-prize winning discovery of restriction enzymes was made which was the birth of the genetic engineering industry.

According to its ranking, the Johns Hopkins Hospital is in the top five for 15 out of 16 specialities and ranked number one for the practices of gynaecology, neurology and neurosurgery, urology, and rheumatology.

The 172 buildings of the Chris Hani Baragwanath Hospital cover a ground area of 173 acres and provide 2,964 patient beds, making it the largest hospital in the world. The hospital serves 3.5 million people in the Soweto area of SA, provides 50 percent of hospital services in Southern Gauteng and employs 5,000 members of staff.

Founded in 1852, Great Ormond Street Hospital was the first hospital in the English-speaking world to provide services specifically for children. It is now one of the world’s leading children’s hospitals, becoming internationally famous after receiving the copyright to J.M Barrie’s play Peter Pan on the understanding that the amount of royalties earned is never disclosed.

This hospital has been named as the top hospital for cancer care in the U.S News and World Report seven out of the past nine years. It quickly transfers the groundbreaking scientific knowledge discovered in its laboratory to its clinical care practices. In 2010 the hospital invested more than US$547 million in cancer research.

Arguably one of the best medical schools in the world, Harvard Med is famed for its levels of research and primary care which are greatly enhanced by its annual budget of US$600 million.  Its mission is to ‘create and nurture a diverse community of the best people committed to leadership in alleviating human suffering caused by disease’.

In one of the biggest construction projects in Europe, renovations at the 70-year-old Karolinska Hospital are costing €1.8 billion. Opening in 2016, the promised product is ‘the world’s most environmentally friendly university hospital’, using half the electricity of the existing hospital which will be sourced from wind turbines and solar panels.

Famed mostly for its A-List clients, The Priory is Europe’s leading provider of rehab facilities. With over 60 outlets across the UK, is offers first-class treatment for addiction, mental health conditions and psychological and psychiatric services. Upon leaving The Priory, 96 percent of patients said they were ‘very satisfied’ or ‘satisfied’ with the treatment they received.

A world famous destination for medical tourism, the Bumrungrad International Hospital treats more than 400,000 medical tourism patients every year.  Patients can receive internationally acclaimed medical procedures in a luxurious setting that rivals a five-star hotel. Bumrungrad even has an in-house travel agency to organise Visa extensions and interpreters to serve the needs of international patients.

This hospital is a favourite with celebrities. The eighth floor boasts 32 ‘Super Deluxe Suites’ with views of the Hollywood Hills and cost US$912 each. Patients can admire original paintings by Picasso and have food prepared by a gourmet chef. There are four luxurious OB suites which are reserved by celebrity mums as soon as they conceive.