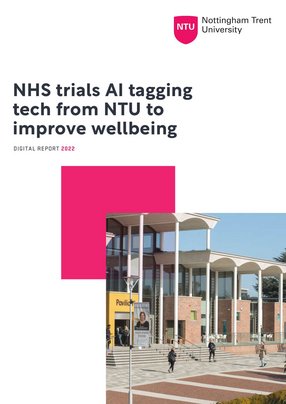 Making the transition from academic theory to real-world application that has a positive impact on people’s lives is the stuff that scientific dreams are made of. It’s a dream that has become a reality for Eiman Kanjo, Professor of Pervasive Computing and Head of

of the Smart Sensing Lab www.SmartSensingLab.com at Nottingham Trent University’s School of Science and Technology.

“That's the best thing that you could do as an academic,” she says proudly. “Normally we write or present our work in an academic papers, which is good, but to see it being used by real people and to see the real impact, that makes our job worthwhile.”

Prof Kanjo is a true technology pioneer – she coined the phrase ‘mobile sensing’ and wrote some of the earliest papers on the subject. Prof Kanjo was also responsible for the first noise monitoring system (NoiseSpy) where a phone microphone is used to record environmental noise.

Prof Kanjo is also among the Top 50 Women In Engineering winners 2022.

Now her work at Smart Sensing Lab leans towards Deep Learning, Data Science and AI, especially in a mental health and wellbeing context.

Smart Sensing Lab builds systems and digital tools for social good, such as wearables and smart devices, working with end user organisations such as hospitals, local authorities, and charities to help them to solve real world problems.

An early version had already been field tested in Nottingham but we are here to officially launch version 2.0 at Highbury Mental Health Hospital in the city.

The lab’s Tag With Me platform was used in as part of the world-first 5G Connected Forest project (the famous Sherwood Forest (of Robin Hood fame)) that brought that story and habitat to life. The first deployment was at Rufford Abbey Country Park to encourage people to be more active, which is when the conversation started with the hospital to encourage both service users and staff to walk the mile-long (Highbury Mile) route around the grounds.

“We built a platform and on top of this you could build different layers, different applications,” says Prof Kanjo. “So we started with the park to keep people physically active, and then another one for the hospital to improve patient well being by keeping them active. We could also adopt it for schools and education, to allow children to learn while they are moving around and to make their learning experience more engaging and interactive. We also work with police services, looking at how can we use the same platform for crime prevention.”

There are many potential uses for the Tag With Me platform, and a real-world pilot at the Highbury Hospital could provide data to back up the anecdotal evidence – that gamification is promoting exercise and wellbeing.

There is a mile-long walk around the grounds of the hospital that service users and staff are encouraged to access. By adding in location-specific interactions that can be accessed via an app, people are reporting walking more, and being stimulated by the experience. It’s like a digital treasure hunt that provides a different experience each time.

We explore the route guided by Prof Kanjo’s researchers Dr. Kieran Woodward and Research Assistant Will Parker who both played significant roles in the technology’s development and both presented the work at the recent TECH LIVE LONDON event.

Using the app downloaded to an Android phone (iPhone app coming soon) we were encouraged to follow the route with pop up notifications,with location data telling us when we were getting close to the next digital marker, and able to use our phone to capture landmarks for rewards. The gamification of the walk certainly added an extra dimension, to the extent that it was easy to forget this was exercise.

And that is the whole point of the “Tag 4 Active Lives” solution being trialled at Highbury Hospital – to get people moving.

Jenny Bailey is an occupational therapist and lead for the Live team at Highbury Hospital focused on enhancing therapeutic activity on wards, for patients and improving patient experience. Bailey has worked alongside the team from NTU to develop Tag 4 Active Lives at the hospital.

“Staff and patients being able to access more outdoor space, and be able to do more physical activity, move more, is incredibly positive for physical health and mental wellbeing,” says Bailey.

“We saw the Tag With Me platform, and we know the work that has been done in Rufford Abbey Country Park, and we wanted to try that on a hospital site, and really use it with our service users and our staff to make the walk more exciting, to make it more interactive, more engaging.”

Bailey admits that “it's not the most exciting walk” being around a working hospital, but that adding fun facts, a quiz element and searching for tags hidden around the walk all encourage and motivates users to keep moving, or go a little further.

“We've got service users involved, because there's object recognition as part of the walk,”she says. “So we've got papier mache models of birds, dinosaurs, hot air balloons created by our service users and staff. They chose the designs and helped produce them so we feel, and they feel, like they are invested in the walk.”

The Smart Sensing Lab team employs AI for object recognition via the phone’s camera, and these objects can be changed on a regular basis, for instance to reflect events like Christmas or halloween. There is also a database of facts and questions relating to the hospital and Nottingham as a city that are randomised, so no two walks are the same.

But the million-dollar question is, does this actually work? Are service users seeing a real benefit from the technology?

“I think that's something we would really like to know,” says Bailey. “We have been piloting it and we hope to really roll that out and try and understand that. Anecdotally, I feel like we have had good feedback, people spending longer outside, more time in the fresh air and walking for a bit longer.

The technology has certainly sparked conversations with other health-related services in the city, providing helpful reminders or ‘nudges’ when it comes to healthier lifestyles. Bailey believes there are multiple potential uses from mindfulness to relaxation tips, and something that people can use independently – a tool that can be picked up and dropped as needed.

Professor Kanjo agrees that there are many potential uses for the platform, and that feedback so far has been positive and that users have felt more active.

“We work closely with Nottingham City Council as part of their Smart Nottingham initiative,” says Kanjo. “We are deploying our environmental monitoring kits in the city centre, which will pick up air quality data to be transferred to our dashboard. Another project we are working on is in collaboration with the Metropolitan Police, and other police services, where we try to develop technologies for crime prevention around cities – can we use Internet of Things technology, wireless tags, and AI in a way that can help people learn more about crimes in their environment or avoid dangerous places or risky places?”

The Lab’s work is not going unrecognised. NTU has nominated “Tag With Me” for its the research project of the year submission to the Times Higher Education Project, selecting this project above others from the university. Prof Kanjo is suitably humble about their chances.

“They have chosen Tag With Me because it has very strong connection with end user organisations, including the county council, the park management and the hospital. So hopefully, we will have good chance, but you never know.”

Once you see the Tag With Me platform in operation, in the hands of people, and see the difference it can make to bring any location or activity to life, you really do sense the possibilities that the technology brings. Watch this space to see how Smart Sensing Labs continues to improve lives. 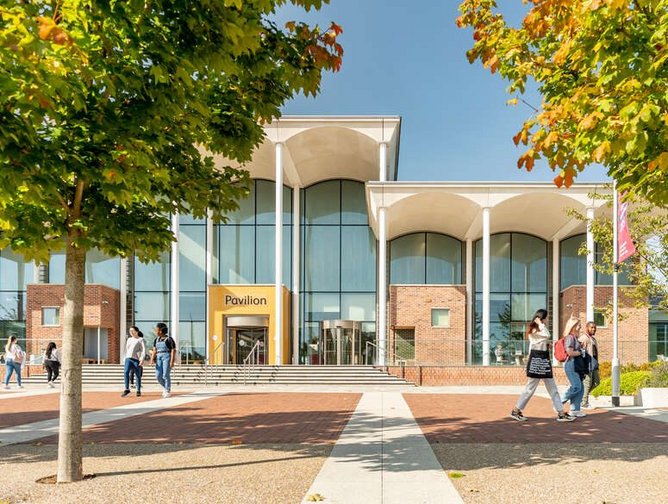 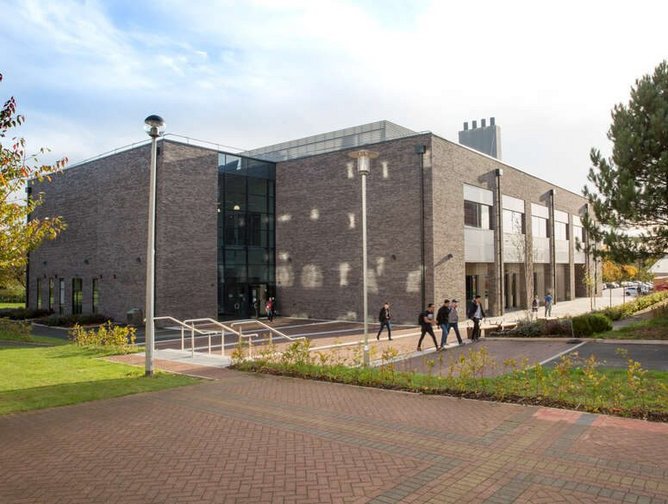 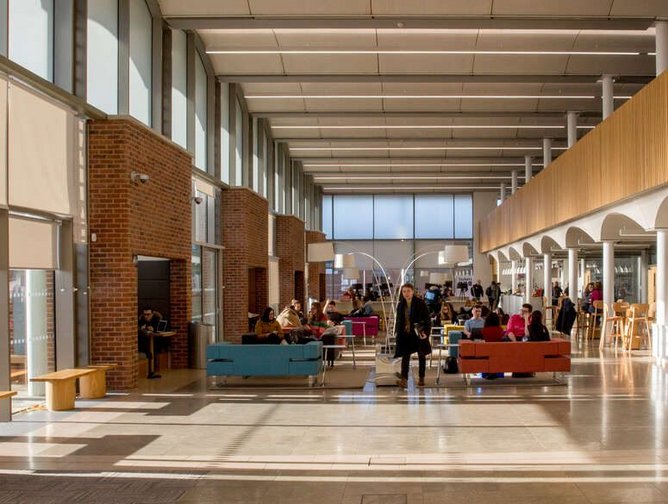 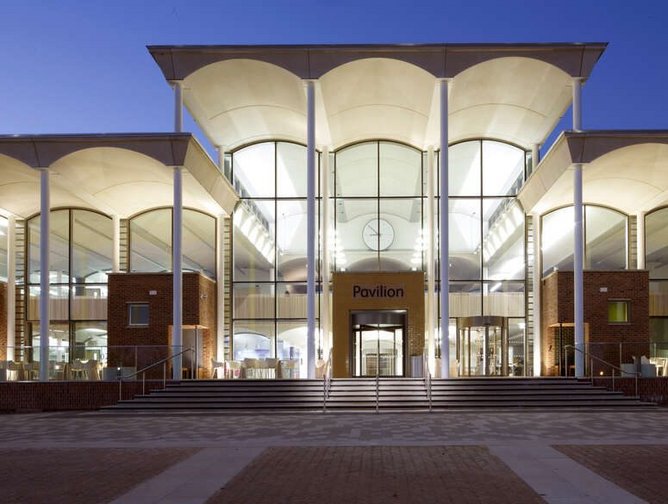 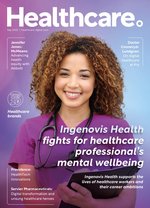