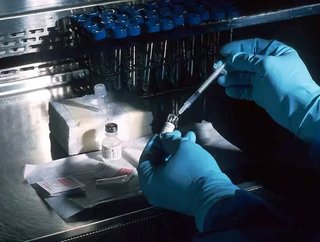 At a recent conference, Bill Gates revealed his plan to entice innovative thinkers across a number of industries to develop a universal flu vaccine, STA...

At a recent conference, Bill Gates revealed his plan to entice innovative thinkers across a number of industries to develop a universal flu vaccine, STAT News has reported.

The Bill and Melinda Gates foundation are set to offer up to $12mn in seed money to entice innovators across machine learning, AI and all fields of healthcare to develop the vaccine which will cover all various strains of the virus. Whilst the Foundation would provide half the money, Larry Page, co-founder of Google, is set to fund the second half.

The website has stated that funding will be issued in two parts, with grants of up to $2mn for individual projects for those which are deemed to harness significant potential. The money would enable researchers to undertake required tests and essential data accumulation.  However, applicants would have to undergo such feats at a rapid pace, with the aim to have a vaccine ready to be tested on humans by 2021.

The news comes a century after the Spanish Flu pandemic, recorded as one of the worst in history. Responsible for the deaths of up to 100mn people, numbers would be universally higher today, and spread quicker as a result of booming tourism figures.

Gates has openly stated that such a pandemic of equal severity today would kill up to 33mn people within the first six months, despite modern medical advances, The Atlantic reports.

However, many have stated that $12mn is not enough to cover such research into a potential vaccine. The National Institutes of Allergy and Infectious Disease spent over $60mn solely on universal flu vaccine research in 2017, leading to questions as to whether such a timeline, and funding, is somewhat optimistic.

“Sometimes I’m over-optimistic,” reflected Gates when asked directly. “There’s no guarantee we’d have one in 10 years, but I think there’s a reasonable chance that we will.”

Upon recently meeting with President Trump, Gates’ passion to drive the development of a potential vaccine led Trump to directly call Food and Drug Administration (FDA) Commissioner Scott Gottlieb regarding its potential.

Paul Radspinner, President and CEO of FluGen has also reacted positively to the news. “Having the Gates Foundation throw its weight behind the search for a universal flu vaccine is fantastic news,” he informed The Verge.

“We’re not concerned about the size of the investment as I’m sure this is just the first of many announcements by the Foundation about how they will play a significant role in this area.”