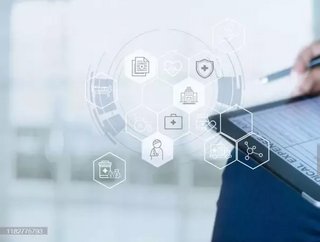 We look at four key areas where blockchain can transform healthcare to prepare it for the challenges of the future...

When Bitcoin, the first cryptocurrency, launched in 2009, the world was in the middle of a great recession. More than a decade later, with the world engulfed in a pandemic, the technology underpinning Bitcoin has the potential to solve many of the challenges our healthcare systems face, both now and in the future.

Blockchain is a type of digital database that stores transactions in such a way that the information cannot be altered. When a 'block' becomes filled with data it joins the back of a chain and receives a timestamp, forming a blockchain in chronological order. Each transaction is signed with a private key, and distributed among a peer-to-peer set of participants. Without a valid signature, any new blocks created by data changes are ignored and not added to the chain. While the chain is visible, it doesn't reveal any data, only the timestamp.

This visibility is important because it makes it possible to trace the history of a transaction, or a supply chain. Take De Beers, the world's biggest diamond producer, a sector that has frequently come under fire due to where the diamonds are sourced. In 2018 the firm began using blockchain to trace the entire journey of their diamonds across the supply chain, to ensure they were all sourced ethically and sustainably. It is these advantages that give blockchain such potential for the healthcare sector.

"Data portability across multiple systems and services is still a real issue within the healthcare sector," says Rupert Spiegelberg, CEO of Doctorlink. "For example, in the UK, your hospital records are not attached to your GP records, but if they were, the advantages are clear in terms of treatment and preventative care.

"Blockchains could be used to store our medical records, enabling patients to resume ownership of their personal data, while also allowing professional healthcare practitioners to interact with it, revolutionising the delivery of treatments and preventative care."

Estonia, a Baltic country that borders Russia, has been called the most advanced digital society in the world. People’s health records are stored on a blockchain, which among other things allows medication to be tracked from its manufacture all the way down to the patient's adherence.

IBM Watson recently released their Digital Health Pass using blockchain technology. The Health Pass has been designed to help organisations verify the health of an employee – particularly their Covid status – while keeping their data private. Users are in control of their health information, managed in their own encrypted digital wallet which they can access on a mobile device.

Leaders in the medical and life sciences sectors have made frequent calls for a data sharing platform where researchers can share the findings of clinical trials and other medical research. Experts have also called for more data sharing between pharma companies and those in chemicals, technology, manufacturing, and supply chain, amongst others.

According to the WHO, 50 per cent of clinical trials go unreported, generally because the results are negative. This leaves gaps in knowledge for stakeholders and patients. A secure, yet visible database with the results from trials of new medicines for instance, could improve patient care, and reduce the possibility of fraud.

Research published in the British Medical Journal has cited Enigma and OPAL developed by the Massachusetts Institute of Technology as two examples of blockchain that are "a revolutionary way of preserving privacy for epidemiological research as it's developing."

While we've witnessed a rise in the availability of home DNA tests for individuals to find out about potential health conditions, whole genome sequencing, where the entire genetic code of a person is analysed, is still prohibitively expensive for consumers. Additionally, some people are concerned over the confidentiality of handing their DNA over to other people.

This means that the small amount of genetic code available to scientists makes it difficult to carry out meaningful research, which could be beneficial to learn more about cancer and other diseases.

Nebula, a San Francisco-based startup, offers whole genome sequencing for free to people willing to let their data be used by scientists. The analysis is stored in a blockchain so that only the DNA's owner and researchers have access, with the owner’s authorisation. The aim is to encourage more people to submit their genetic code, persuaded by blockchain's secure system, which will give scientists more to work with to understand the causes of disease and develop personalised treatments.

There are millions of people around the world who do not have a legal identity, and therefore don't have access to healthcare services. Dr Jane Thomason, an author and associate at the Centre for Blockchain Technology at University College London (UCL), says that providing this group of people with a permanent, unalterable record of their identity in a blockchain that they owned themselves would be "game-changing".

Additionally, in countries where access to good quality medication is limited, a blockchain supply chain would allow each member to see the supplies as they move. Up to 10 per cent of drugs in low and middle income countries are either counterfeit or of poor quality, and it's estimated that around 250,000 children are killed each year by consuming fake medicines.

Lastly, various studies have found that foreign aid disproportionately flows to the richest regions of the destination country, rather than the poorest. Blockchain could ensure that foreign aid donations intended for healthcare programmes in low income countries would reach those who need it the most.

Blockchain - the future of healthcare?

"As with all new technologies, there are still concerns that blockchain will have its own vulnerabilities which are yet to be discovered. For example, could mining attacks become an issue and if a user misplaced their private key, would the data be permanently inaccessible?

"Whilst the healthcare sector is undergoing a digital overhaul, we are still only at the beginning of this process and without a centralised model to follow or adopt, it is a huge undertaking for healthcare systems to embark on. In order for blockchain technologies to become widely adopted in healthcare systems, industry leaders and policy makers, along with private and government bodies, will need to work together and adopt a joint approach."

The time seems ripe for this type of collaboration, as COVID-19 has accelerated a digital explosion in healthcare. The focus has shifted from being able to handle more patients to being able to handle them more effectively and treating their conditions more easily. Blockchain’s unique ability to both protect and flexibly hold data could play a vital role in underpinning healthcare’s digital progress and overhaul how it is delivered.

"Research already suggests that 55 per cent of all healthcare applications will have employed blockchain by 2025," Spielberger says. "Given its unique ability to ensure appropriate encryption and security, I believe that blockchain technologies are set to become a major factor in future healthcare programs."