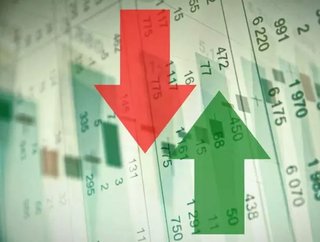 Backed by Chinese entrepreneur Liu Dianbo, Singaporean based healthcare company Luye Medical Group is set to launch its Singapore IPO, with plans to raise up to $500mn, Bloomberg has reported.

The IPO would be one of the most significant healthcare focused offerings in the country to date, where the company is looking to further extend its international presence.

Last year, Luye Life Sciences Group opened its second global R&D facility in the US, following on from establishing a facility in New Jersey. The new Woburn R&D centre will help further the company’s divisions, Luye Pharma, Luye Medical and Luye Diagnostics, with an emphasis on furthering the research within a number of disease areas.

"R&D innovation is a core engine of our globalisation strategy," stated Rongbing Yang, President of Luye Pharma Group. "This R&D Centre allows us to further integrate our R&D resources across the world, speed up the introduction of new drugs to China, and bring our originally-developed drugs to overseas markets in order to benefit more patients worldwide."

"Through this globalised platform, we look forward to building close connections with local universities, research institutes, the industry, and the financial sector," added Liu. "We believe these connections will allow us to seamlessly integrate our global R&D resources with those of new partners in order to streamline innovation and realise the commercialisation of high-quality biopharmaceutical products.”

However, within its new IPO, the company will seek to look at proposals from investment banks, but it has been stated that Credit Suisse Group AG, UBS Group AG and Bank of America Corp have been selected. All parties have yet to confirm the claims.

In 2017, Luye Medical acquired Pulse Health in an A$155mn deal, securing its position as one of the leading private hospital organisations in the country, but will also open doors to the New Zealand Market. The company also partnered with Yantai Yuhuangding Hospital, where it will develop a new cooperation model between the private corporation and the public hospital, sharing knowledge and best practices.