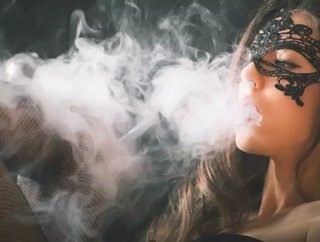 Seven public health and medical groups, including Campaign for Tobacco-Free Kids, and several individual paediatricians have filed a lawsuit in federal court in Maryland, challenging the US Food and Drug Administration’s (FDA’s) decision which allows electronic cigarettes and cigars – including candy-flavoured products which appeal to children – to stay on the market for years without being reviewed by the agency.

Whilst the groups strongly support the FDA's efforts to reduce nicotine levels in cigarettes to non-addictive levels, they also believe that the FDA's August 2017 decision to exempt e-cigarettes and cigars from agency review for years to come is unlawful and harms public health.

The lawsuit contends that the FDA's decision to leave on the market tobacco products that appeal to kids, deprives the FDA and the public of critical information about the health impact of products already on the market, and relieves manufacturers of the burden to produce scientific evidence that their products have any public health benefit.

According to the lawsuit, the FDA's decision to delay product reviews leaves young people more vulnerable to kid-friendly e-cigarettes and cigars which may lead to a lifetime of tobacco addiction. An FDA review "should remove from the commercial marketplace those tobacco products that pose the greatest health risks, particularly those targeted at children and teenagers.”

In addition, the FDA's decision not to annually review such products "will hinder the development of science needed to understand, and to educate the public about which products actually do promote smoking cessation and how they can be marketed without exposing young people to unnecessary risk."

The need for the FDA to review e-cigarettes on the market has been underscored by the recent surge in popularity of e-cigarette brand JUUL, which is used widely by high school and college students, a recent press release has explained.

Sold in various fruit and dessert flavours, the manufacturer claims that each JUUL cartridge contains as much nicotine as a pack of cigarettes.

The FDA in August 2016 implemented a new rule (known as the "deeming rule") extending its jurisdiction to e-cigarettes, cigars and other previously unregulated tobacco products. However, in August 2017, the FDA delayed a key provision of the rule that required manufacturers of products then on the market to provide critical information to the FDA about each product and undergo an FDA review of the product's impact on public health.

The FDA have now delayed the deadline for filing applications until August 2021 for cigars and other newly-regulated combustible products and until August 2022 for e-cigarettes. The FDA has also said that these products will remain on the market indefinitely during the review process and did not set a deadline for completing its review.

The health groups' lawsuit contends that the FDA's lengthy delay of product review deadlines exceeds the agency's authority under the Family Smoking Prevention and Tobacco Control Act (the 2009 law that established FDA oversight of tobacco products). It also contends that the FDA's decision violates the Administrative Procedure Act because the FDA did not give the public an opportunity to comment on the change and did not articulate an adequate factual basis for this radical change from the deadlines the FDA itself established in the deeming rule.