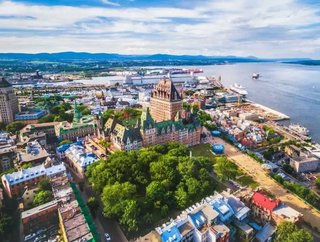 The Montreal Gazette has recently announced that in January, Quebec citizens will be able to look up their recent test results in a new ‘digital bookl...

The Montreal Gazette has recently announced that in January, Quebec citizens will be able to look up their recent test results in a new ‘digital booklet’. With ambitions to give greater control in the daily management of patients’ healthcare, the move will give patients greater control and create transparency, something which the healthcare sector routinely lacks.

Similar to an online bank account, the digital platform will instead enable patients to book routine appointments and review prescribed medicines.

Announced by Wellbeing Minister Gaétan Barrette, he has explained that the booklet will be “consumer-pleasant, straightforward-to-use and safe software that may permit Quebecers to raised handle their wellbeing and contribute extra to the success of the remedies provided to them.”

“I’m satisfied that the general public and wellbeing professionals will see the constructive results of this new service,” he added.

Costing over $10mn, the system will be expensive to maintain, but provide greater rewards to patients.

However, there has been fierce criticism from the Archivists’ Association, who were not bought in to discuss or support the implementation of the digital system.

Concerns have been raised surrounding the significant gaps which will be apparent in patients’ digital records as many will not be fully digitised. Such a small time frame to get the system up and running also looks increasingly unrealistic. Additionally, a lack of medical knowledge is bound to make many patients anxious of what may be recorded.

“For someone who is not that knowledgeable about medical aspects, if they read that their white-blood cell count is high, they might go on Wikipedia to get additional information and they could get confused,” added Alexandre Allard, President of the Archivists’ Association.

However, Barrette has noted that a 30-day delay will be implemented surrounding the upload of data which may cause increased concern, and will reach doctors first hand who will be able to discuss any concerns with patients at the first instance.