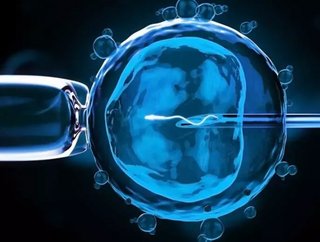 It has recently been revealed that human embryos have been successfully “edited” through the use of a gene editing tool by leading US scientists. Re...

It has recently been revealed that human embryos have been successfully “edited” through the use of a gene editing tool by leading US scientists. Reported by MIT Technology Review, it will effectively eradicate diseases which could be passed down generations through the use of CRISPR technology.

The announcement has raised concerns with human rights groups regarding the ethics of such research and where it will ultimately lead, although full details have yet to be published. The use of CRISPR technology has previously been used in China, but has not previously advanced to this stage.

Successfully undertaken by US scientist Shoukhrat Mitalipov, based at Oregon Health and Science University, the use of CRISPR (clustered, regularly interspaced, short palindromic repeats), enabled scientists to edit and modify parts of DNA to prevent potential hereditary diseases. However, there are increased concerns with these methods possibly altering the process of human evolution.

The scientists used embryos sourced from fertility clinics which would not have been able to be developed further as a result of certain defects, and used donated sperm from men with hereditary diseases, in order to try and rectify these diseases through germline engineering. However, these changes would then ensure such hereditary diseases are eradicated within future generations.

The National Academy of Science previously released a report which reluctantly provided the green light for human gene editing. However, with germline editing, concerns remain surrounding the idea of “designer babies” and eugenics. Consequently, the US has forbidden any form of genetic enhancement which could alter an individual’s physical and intellectual capabilities, and blocked any potential cases where an edited IVF embryo is bought to full term, providing assurances that this research will stay in this domain entirely – for now.