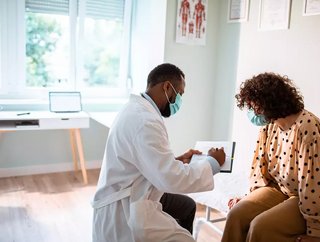 Analysis by Policy Exchange finds that 4.2 million patients in England are waiting for a diagnosis

Over four million patients in England are waiting for treatment or diagnosis, according to a new report from thinkthank Policy Exchange.

According to the analysis, 80% of the current NHS waiting list (more than 4.2 million people) are waiting for a decision at the earliest point of their diagnosis.

Average waiting times across specialisms are approaching ten months (37 weeks), which Policy Exchange say represents "an enormous unknown clinical risk to the individual and the NHS – one in five cancers are picked up following a non-cancer referral."

The paper warns that 90,000 cases of cancer are usually detected in patients on non-cancer pathways, meaning that there are likely to be hundreds of undiagnosed cancer patients sitting on a routine referral within each NHS hospital in England.

The report also calls for the NHS to urgently improve communication with the 5.3 million people in England – 1 in 10 of the population – who are currently waiting to be seen by clinicians in the wake of the COVID-19 pandemic.

The report, A Wait on Your Mind?, warns that millions of people are being “left in limbo”, with no idea how long it will be until they are treated.

Policy Exchange is calling for a new £1.3 billion package for the diagnostics sector, which combined with existing funding would bring NHS capacity in line with the OECD average. This would be delivered in tranches over the next three years, starting with £500 million at the upcoming Comprehensive Spending Review this autumn.

This must be accompanied by a new target to achieve a diagnosis within eight weeks of initial referral – currently patients wait on average 37 weeks.

Commenting on the report, Mortensen said: “We agree that the current state of the waiting list in England is politically unacceptable.  With more than 5.3 million on the waiting list, innovative solutions and investment are sorely needed.

"Policy Exchange are right to highlight that surgical hubs are one part of the answer.  73% of people say that if they needed an operation, they would be willing to travel to a surgical hub, if it was not their nearest local hospital.

"The recommendation that hubs should facilitate three session days and seven-day working is ambitious, but increasing activity is essential to bringing down the long backlog of operations.  We urge every Integrated Care System (ICS) in England to identify at least one 'surgical hub' where planned surgery can continue, with COVID cases now rising again.”