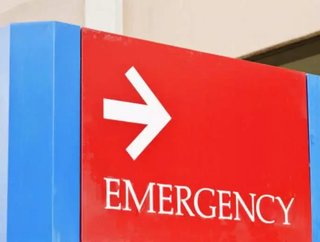 Hospital executives are always looking for ways to cut costs and implement savings; however, a new study recently published has highlighted a trend whe...

Hospital executives are always looking for ways to cut costs and implement savings; however, a new study recently published has highlighted a trend whereby cost-cutting measures tend to begin in the emergency room. There is a belief that reducing emergency room visits for non-urgent care will save vast sums of money. However what impact does this have on patient care?

For almost 50 years, emergency rooms have been perceived as a major source of excessive health care costs. In recent years, there has been a school of thought that challenged the idea that a large portion of patients visit the emergency room for routine problems, many payers and policy makers continue to focus on these patients as a major source of wasteful spending, according to an article in the New York Times.

Take for example the effort made to cut back on Medicaid expenditures – many states took action against these so-called ‘unwarranted visits’ and proposed a policy which reimbursed patients' emergency room medical bills based on the urgency of the discharge diagnosis.

Medical expenses would only be paid for true emergencies, for example a heart attack or ruptured aneurysm. However, payment would be reduced or denied for visits that turned out to be less serious, like heartburn, constipation or an insect bite.

“It sounded like an obvious way to discourage unnecessary and expensive visits to the E.R.,” wrote Pauline W. Chen, MD, for the New York Times.

Yet according to a new study, published in The Journal of the American Medical Association, such a policy relies on a huge, and erroneous, assumption: that patients can predict the urgency of their diagnosis based on initial symptoms alone.

Researchers reviewed the records from almost 35,000 patient visits to emergency departments across the country. In 6 percent of cases, the patient was discharged and could have been treated in a doctor’s office.

The researchers then combed through the initial symptoms or complaints of these non-urgent cases and discovered that in nearly 90 percent of the other, more urgent cases, patients came to the emergency room with the same primary presenting symptoms, complaints like abdominal discomfort, chest pain or fever. In addition, more than 10 percent of these urgent patients ended up requiring hospital admission, surgery or intensive care.

In other words, basing reimbursement on discharge diagnoses is inaccurate and could ultimately discourage individuals to visit the emergency room.

“Patients don’t have their diagnosis taped to their forehead when they come into the emergency department,” Dr Renee Y. Hsia, senior author of the study and an assistant professor of emergency medicine at the University of California, San Francisco, told the New York Times. “They present symptoms or complaints.”

And this sort of measure isn’t exclusive. In the past similar financial measures have been implemented in a bid to deter patients from visiting the E.R. unless their condition is serious. We go back to our previous argument – patients do not always understand the level of their condition, hence why they feel the need to visit an emergency room in the first place.

“It’s easy to see why paying for non-urgent problems might make a policy maker’s blood boil,” Dr Hsia said. “But is it right to make patients shoulder the entire burden and associated risk of figuring out whether their presenting complaint meets the payer’s criteria for reimbursement?”

Since July 2012, Washington State has implemented a new policy, which while complicated, doesn’t assume patients know the seriousness of their condition before they reach the E.R. and speak to a healthcare professional. The policy educates patients about how to access care as well as other measures designed to improve care, including state-wide guidelines on prescribing narcotics, shared electronic health and prescription information, and regularly updated reports on how emergency department resources are utilized. The policy has already resulted in significant changes and a projected savings of over $31 million by the end of the fiscal year.

Dr Hsia told the New York Times that she believes that the policy’s success, as well as the degree of work and cooperation required, only confirm what her study showed: that when it comes to caring for patients, the best approaches are neither simple nor assumed.

“A policy that requires more coordination and more tailoring means more work than one that slashes benefits across the board,” Dr Hsia said. “But it’s the right thing to do for patients.”

Read the full article in the New York Times