HIV positive doctors and dentists to practice in UK 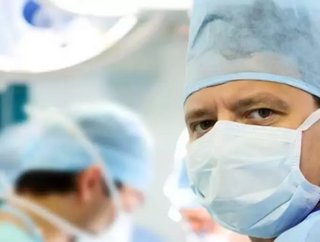 A ban which has been in place for 20 years and prohibits doctors, dentists and health workers from carrying out invasive surgical procedures could soon...

A ban which has been in place for 20 years and prohibits doctors, dentists and health workers from carrying out invasive surgical procedures could soon be overturned in the UK.

Under new plans, the UK government is looking to quash the strict regulations after a study found the risk of doctors and dentists transferring infections to patients was negligible.

Ministers are also looking to follow in the footsteps of a number of other countries which have already removed the restrictions, namely Australia, America and most of Europe.

They have said that within the last 12 years, there have been no cases of transmitted infections in Britain, despite there being 25 instances where doctors have carried out banned procedures on patients.

According The Independent newspaper, for many years hospitals have operated a ‘don’t ask, don’t tell’ policy in relation to doctors with HIV, claiming the rules are discriminatory.

Two separate groups presented evidence that revealed the risk of transference was low to the government; the UK Advisory Panel for Healthcare Workers Infected with Blood-borne Viruses and the Department of Health's (DoH) Expert working group on AIDS.

Apparently, the chance of a patient picking up a blood-borne virus is so slim, the groups have estimated it will only happen once every 2,400 years.

Recommendations from the working group said that HIV positive doctors, dentists and health workers should be allowed to carry out the currently banned procedures, as long as they were taking the correct medication and were having their condition regularly monitored.

However, the move to lift the ban is likely to cause upset among patients but the DoH is mindful any decision made needs to be handled sensitively.

A final decision is expected in 2012.