New HIV treatment for children will be 75 per cent cheaper 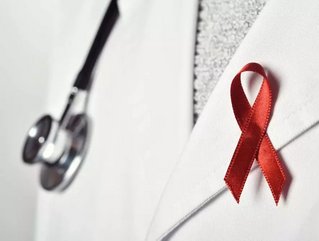 A new strawberry-flavoured tablet is to be made available to treat children with HIV in low and middle income countries, reducing the cost of HIV treatment by 75 per cent.

Pharmaceutical companies Viatris and Macleods have created the first paediatric formulation of dolutegravir, a drug that's recommended by the WHO as the first line of treatment for HIV.

Following an agreement between global health development organisation Unitaid and the Clinton Health Access Initiative (CHAI), the drug will be available to children in Benin, Kenya, Malawi, Nigeria, Uganda and Zimbabwe in the first half of 2021, with plans to distribute it further later in the year. The new drug is expected to lower the costs for yearly paediatric HIV treatment from over $480 per child to under $120.

News of the agreement comes on World Aids Day, an international day that since 1988 has been dedicated to raising awareness of the AIDS pandemic, and to mourn those who have died as a result of the disease. It is estimated that 1.7 million children around the world are currently living with HIV, but only half receive treatment.

One of the reasons for this is that many children have a poor response to treatment because it's not correctly dosed or has a bitter taste. An affordable version of dolutegravir had been unavailable to children so far, due to a lack of soluble tablets that were made to age-appropriate formulations.

This new strawberry-flavoured drug has been created to be more inviting to children, and it's hoped it will help them to successfully remain on medication, and prevent thousands of deaths each year.

Unitaid, CHAI, pharmaceutical firm ViiV Healthcare, and Mylan (now a subsidiary of Viatris) formed a partnership that resulted in the fastest ever regulatory approval of a generic paediatric HIV drug, under the US FDA President's Emergency Plan for AIDS Relief (PEPFAR) programme.

“It’s time to fight back against substandard HIV treatment outcomes in children” Dr Meg Doherty, Director of Global HIV, Hepatitis and STI Programmes at WHO said of the new treatment.

“Today we can finally guarantee that countries have rapid access to the appropriate formulations needed to fully implement WHO guidelines; so that no child is left behind. WHO welcomes the approval and commercialisation of the new pediatric DTG 10 mg. Congratulations to all the partners involved for showing how quickly we can bring new formulations to market when we work together – clear proof that solidarity delivers results.”