[INFOGRAPHIC] 4 Breakthroughs in the Fight Against Breast Cancer 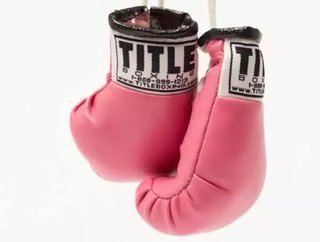 The fight against breast cancer is still going strong, but every year over 200,000 American women continue to be diagnosed with breast cancer. The Ameri...

The fight against breast cancer is still going strong, but every year over 200,000 American women continue to be diagnosed with breast cancer. The American Cancer Society is at the forefront of researching into the causes, prevention and treatment of breast cancer in various medical centers around the world.

Fenretinide, a retinoid related to Vitamin A, is currently being studied to reduce the risk of breast cancer. In a small study led by the American Cancer Society, fenretinide was found to reduce breast cancer risk as much as tamoxifen – a drug that acts against estrogen in the breast.

Aromatase inhibitors are also being studied to reduce the risk of breast cancer.

In many women with breast cancer, cells break away from the tumor and enter the blood, but these circulating tumor cells can be detected with sensitive lab tests. These studies, while they don’t necessarily determine a longer life span for women with breast cancer, can be essential in determining whether treatments are working or not and therefore can move on to other methods of treatment.

The technique of a slightly radioactive tracer called technetium sestamibi being injected into a vein is still being studied for its effects. According to the American Cancer Society, some radiologists believe it may be helpful in looking at suspicious areas found by regular mammograms, but its exact role remains unclear. Early studies have also suggested that scintimammography may also be as accurate as more expensive MRI scans.

Researchers are currently studying a group of newer drugs that target gene changes in cells that cause cancer.

Biosphosphonates: Used to help strengthen and reduce the risk of fractures in bones that have been weakened by metastatic breast cancer, this group of drugs has been studied in conjunction with chemotherapy and other adjuvant treatments. Results have been mixed however, with some studies leading to positive results of lowering the risk of returning cancer while other studies did not yield similar results.

Denosumab: This drug can be used to help strengthen and reduce the risk of fractures in bones that have been weakened by metastatic breast cancer. It is currently being studied to see if it can help adjuvant treatments work better.

Vitamin D: A recent study found that women with early-stage breast cancer who were Vitamin D deficient were more likely to have their cancer recur in a distant part of the body and had poorer outlook, according to the American Cancer Society. Additional studies are being conducted to confirm this initial hypothesis.