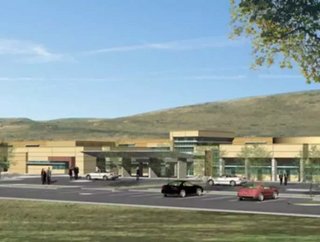 Tehachapi Hospital in California and Bernards and Colombo Construction Company are working together in a joint partnership to rebuild a new $56m hospit...

Tehachapi Hospital in California and Bernards and Colombo Construction Company are working together in a joint partnership to rebuild a new $56m hospital, covering 79,000 square feet, just two miles from the current hospital site.

The current Tehachapi Hospital covers just 17,000 square feet, meaning the development will be much better placed to serve the surrounding community. “Despite being a very small hospital, Tehachapi serves a large portion of South and Southeast Kern County, including areas that lie outside our District’s geographical boundaries,” said Alan J. Burgess, CEO of Tehachapi Hospital.

Similarly to the existing location, the new Tehachapi Hospital will be a 25-bed, critical access hospital, but it will also feature space for a few additional services, including surgery, obstetrics and ICU.

The reason for the rebuild was down in part to the need for more space, however the Tehachapi Health Care District also decided to go ahead with the project owing to the fact that the current facility falls short of California Seismic Safety Standards for a critical access hospital. The original hospital was destroyed during the 1952 Tehachapi earthquake.

The current Tehachapi location, however, will continue to serve a purpose once the new site is fully operational. “Upon completion of the new hospital, the existing facility will be used as an outpatient medical center, with a minimum of cosmetic improvements,” Burgess said.

Projects like the one Bernards and Colombo are now undertaking will, according to Shawn Janus, Managing Director at Jones Lang LaSalle, a global real estate firm specialising in commercial development, only rise in number in the US. “Throughout last year, hospitals and systems went through the process of developing real estate strategies to help position themselves for the future,” he said.