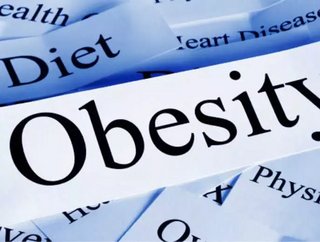 The report was published in the Canadian Journal of Public Health this week and shows an obesity map conveying changing rates of obesity in Canada ove...

The report was published in the Canadian Journal of Public Health this week and shows an obesity map conveying changing rates of obesity in Canada over time. The study specifically compares rates from 2000 to 2011 and reveals that between 25 percent and 33 percent of Canadians are currently obese.

“Being obese or overweight significantly increases the risk of chronic illnesses, such as heart disease, diabetes, and some cancers,” lead author Carolyn Gotay of the University of British Columbia said. “Our analysis shows that more Canadians are obese than ever before. On average, between one-fourth and one-third of Canadians are obese, depending on the region.”

Atlantic Canada, the Northwest Territories and Nunavet fared the worst, with obesity rates in those regions averaging over 30 percent. Meanwhile, British Columbia seemed to have one of the lowest rates of obesity; however, the overall average has risen from less than 20 percent in 2000 to almost 25 percent in 2011.

So what’s to blame for the drastic increase in obesity across Canada over the past decade? Health and nutrition experts indicate a few contributing factors including a decrease in exercise and fitness thanks to technology like video games, computers and social media as well as an increase in poor food choices thanks to the rising cost of healthy foods, especially in the Northern provinces.

You can take a look at the obesity maps comparing 2000 to 2011 below and you can read an abstract of the study on the Canadian Journal of Public Health’s website.