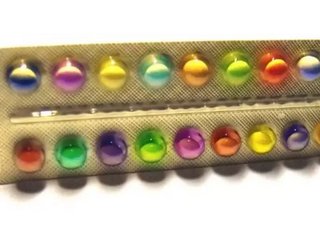 The worlds biggest cancer charity, Cancer Research UK, has found women who take oral contraceptive pills for a period of 10 years or more almost half t...

The world’s biggest cancer charity, Cancer Research UK, has found women who take oral contraceptive pills for a period of 10 years or more almost half their chances of developing ovarian cancer.

When compared with women who had never used the pill as a contraceptive device, those who did for even short periods of time still had a 15 percent lower chance of suffering from ovarian cancer.

The study found taking the pill had the biggest impact on reducing cancer and was followed by pregnancy and giving birth.

However, health experts from Cancer Research UK have warned this reduced risk of ovarian cancer is equally balanced out by the increased risk of breast cancer women on the pill are subjected to.

Additionally, women who had experienced a full-term pregnancy were 29 percent less likely to get ovarian cancer than those who had never been pregnant.

Meanwhile, the risk of developing breast cancer stands at 50 extra cases of the disease per 100,000 pill-taking women.

The research is part of the Cancer Research UK funded EPIC project – the European Prospective Investigation of Cancer – which is investigating how lifestyle factors link to cancer.

“Ovarian cancer is difficult to detect and so prevention is key to saving women suffering from this disease,” explained Naomi Allen, an epidemiologist from the charity.

She added: “These results are important because most women don’t know that taking the pill or getting pregnant can help reduce their risk of ovarian cancer later on in life.”

The Director of Health Information at Cancer Research UK, Sara Hiom, said: “These days it is not uncommon for women to have fewer children or none at all.

“Women tend to be unaware that these reproductive factors have a protective effect on their risk of ovarian cancer.

“Treatment for ovarian cancer is better if the disease is caught as early as possible, so all women should be aware of the signs of ovarian cancer like pain in the lower tummy, bloating, increased tummy size, difficulty eating or feeling full,” she said.

The results of the study have been published in the British Journal of Cancer.